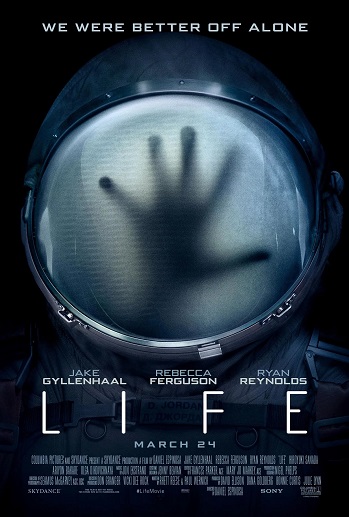 Interested in seeing the new sci-fi thriller Life for free before it opens? Click here to download an admit-two pass for the special screening being held on Wednesday, March 22 at 7pm in Salt Lake City. Having a pass does not guarantee admission. The theater is overbooked to ensure that it fills. Arrive extra early for ticket exchange. Good luck and we’ll see you there!

Synopsis: Life tells the story of the six-member crew of the International Space Station that is on the cutting edge of one of the most important discoveries in human history: the first evidence of extraterrestrial life on Mars. As the crew begins to conduct research, their methods end up having unintended consequences and the life form proves more intelligent than anyone ever expected. The film stars Jake Gyllenhaal, Ryan Reynolds and Rebecca Ferguson and opens on Friday, March 24.