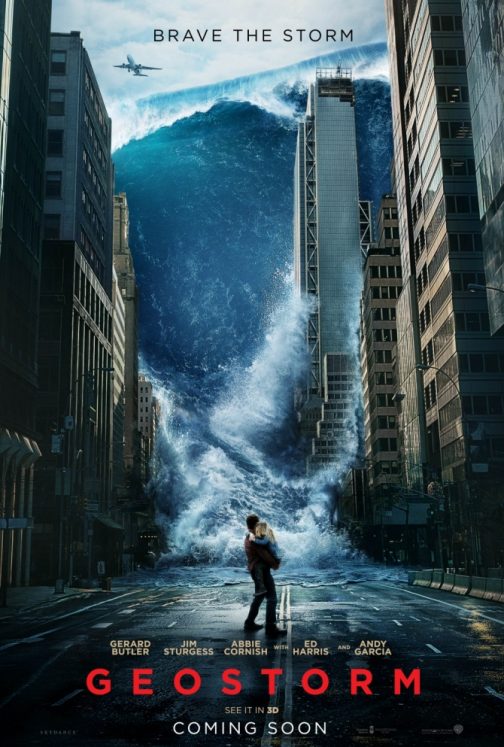 Some things were never meant to be controlled. You and a guest are invited to a special advance screening of Geostorm. Click here to download your complimentary admit-two tickets to the screening being held on Wednesday, October 18 at 7pm in West Valley City. (While supplies last. Passes do not guarantee admission and the theater is overbooked. Arrive extra early for ticket exchange with box office.) #Geostorm storms theaters on October 20 – but we’ll see you there on October 18!

Synopsis: After an unprecedented series of natural disasters threatened the planet, the world’s leaders come together to create an intricate network of satellites to control the global climate and keep everyone safe. But now, something has gone wrong — the system built to protect the Earth is attacking it, and it’s a race against the clock to uncover the real threat before a worldwide geostorm wipes out everything … and everyone along with it.