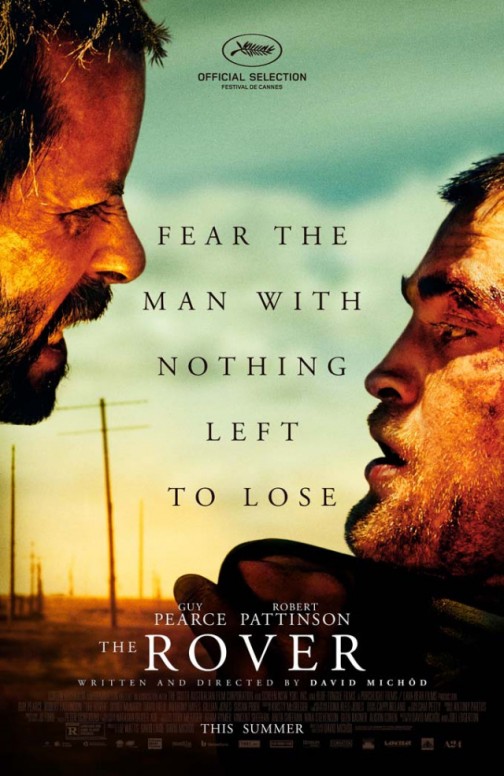 There’s currently a little Australian crime drama playing in theaters called The Rover. I haven’t had a chance to see it yet (I’m hoping to get out to it some time this week), but I hear it’s fantastic.

The Rover stars Guy Pearce (The Count of Monte Cristo, Memento) and Robert Pattinson (Twilight). Ten years after a global economic collapse, a cold-blooded drifter (Pearce) traverses the scorched Australian outback on a mission to track down the men who stole his last remaining possession – his car. When he crosses paths with a badly wounded member of the gang (Pattinson), he takes the vulnerable, naïve young man along as his unwitting accomplice.

We’re giving away 10 admit-two passes to catch a showing of The Rover while it’s playing in the theaters of the greater Salt Lake City area. Enter to win by emailing me (luke@thereelplace.com) with “ROVER” in the subject line and your home address in the body of the message. The first ten entries that I receive will get one admit-two pass. (Only one entry per person and per address.) Good luck!