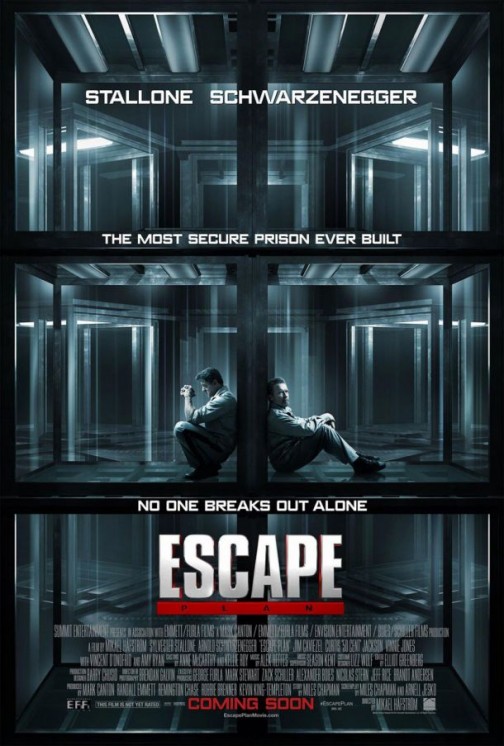 How would you like to see Arnold Schwarzenegger and Syvlester Stallone star along side one another in an action flick? Click here for your chance to download a screening pass for you and a friend to attend an advance showing of ESCAPE PLAN being held on Tuesday, October 15 at 7pm in Salt Lake City! Seats in the theater are first-come, first-serve so PLEASE ARRIVE EARLY!

Arnold Schwarzenegger and Sylvester Stallone team up in the new action thriller, ESCAPE PLAN, opening nationwide October 18. One of the world’s foremost authorities on structural security agrees to take on one last job: breaking out of an ultra-secret, high-tech facility known as “The Tomb,” which he designed. Deceived and wrongly imprisoned, Ray Breslin (Stallone) must recruit fellow inmate Emil Rottmayer (Schwarzenegger) to help devise a daring, nearly impossible plan to escape from the most protected and fortified prison ever built.