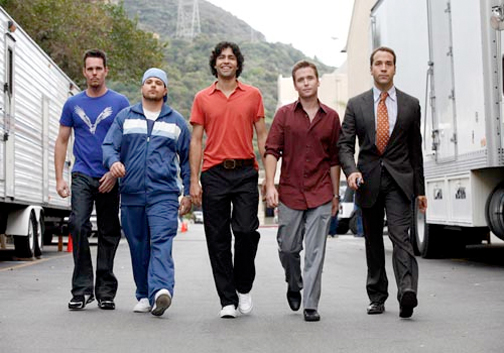 Well, all that complaining is about to end because Entourage is finally set to end at the Summer of next year (2011)— sort of. The show itself is going to end but Mark Wahlberg and Doug Ellin (the creators) have dropped hints and even came out and said that they have plans to bring Entourage to the big screen once the show ends.

“[Doug Ellin] is appropriately reserving — he wants to write a film, but wants to do it when the story will make sense. He’s pitched other shows to us. I will expect that within the next couple of years [he’ll have another show on HBO]. But ‘Entourage’ next summer will definitely be the final season.”

What do you guys think? Should Entourage end and be made into a film? Should we just move on?