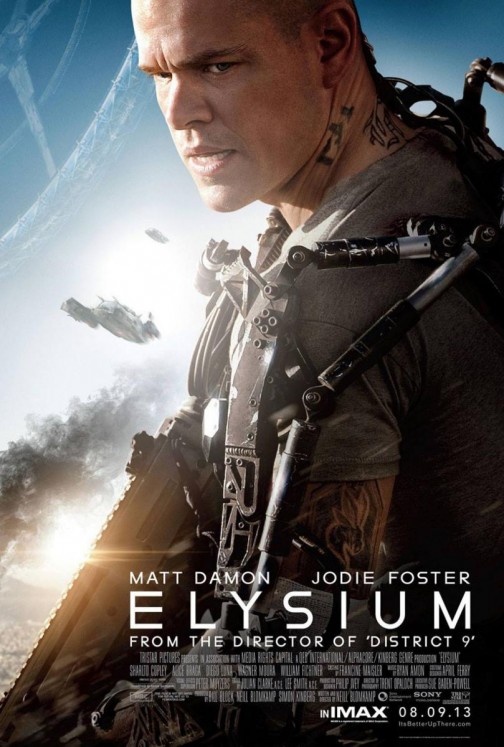 Director Neill Blomkamp is giving us his first film since the amazing District 9 and we’re proud to be promoting it. Click here to enter your name into a Gofobo drawing for advance screening passes to see ELYSIUM – staring Matt Damon, Jodie Foster and Sharlto Copley – on Wednesday, August 7 at 7PM in Salt Lake City, Utah. Enter to win as soon as possible and the winners will be emailed on Sunday, August 4. If you win, note that seats in the theater are first-come, first-serve so PLEASE ARRIVE EARLY! 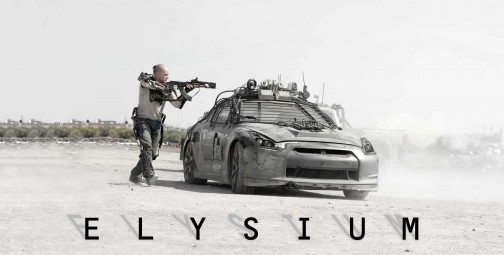 It is the year 2154 and two classes of people exist: the very wealthy who live on a pristine man-made space station called Elysium, and the rest, who live on an overpopulated, ruined Earth. Secretary Rhodes (Jodie Foster), a government official, will stop at nothing to enforce anti-immigration laws and preserve the luxurious lifestyle of the citizens of Elysium. When unlucky Max (Matt Damon) is backed into a corner, he agrees to take on a daunting mission that if successful will not only save his life, but could bring equality to these polarized worlds

From the acclaimed director of District 9, Neill Blomkamp brings us ELYSIUM, opening nationwide on August 9. To learn more about the film, visit http://www.itsbetterupthere.com/site/#the-movie0