"An Evening with My Comatose Mother" Utah Premiere Passes

Last month I reviewed a great horror short film titled An Evening with My Comatose Mother (click here to read to the review). Made entirely in Utah, the film will have its local premiere on Tuesday, April 12 at 7:30PM at the Jordan Commons Megaplex in Sandy. Courtesy of Comatose Mother‘s director, Jonathan Martin, The Reel Place is giving away free passes.

To get your free passes for An Evening with My Comatose Mother, please send me (luke@thereelplace) a one-sentence email explaining why you deserve a ticket. Quantities are limited, so only the best reasons will win you passes.

Unlike standard advance screenings, if you do not win passes here, you still have the option of purchasing tickets to the exclusive screening. Tickets are only $4 and can be purchased on the Megaplex website here. The Megaplex ticketing system is suffering technical problems, so although it says the screening is sold out, click on the 7:30 showtime and you will be able to see the actual availability. As of now, the “sold out” warning is incorrect. The film will be shown twice that night and one ticket will allow you to stick around and see it a second time.

Since posting my review, An Evening with My Comatose Mother has gone on to win Best Horror Film and Best Director for a Horror Film at the American International Film Festival. It also just received four nominations from the Treasure Coast International Film Festival in Florida (note: this is not a horror film festival), Best Short Film, Best Editing, Best Cinematography and Best Director.

I look forward to reading your entries and seeing you there! 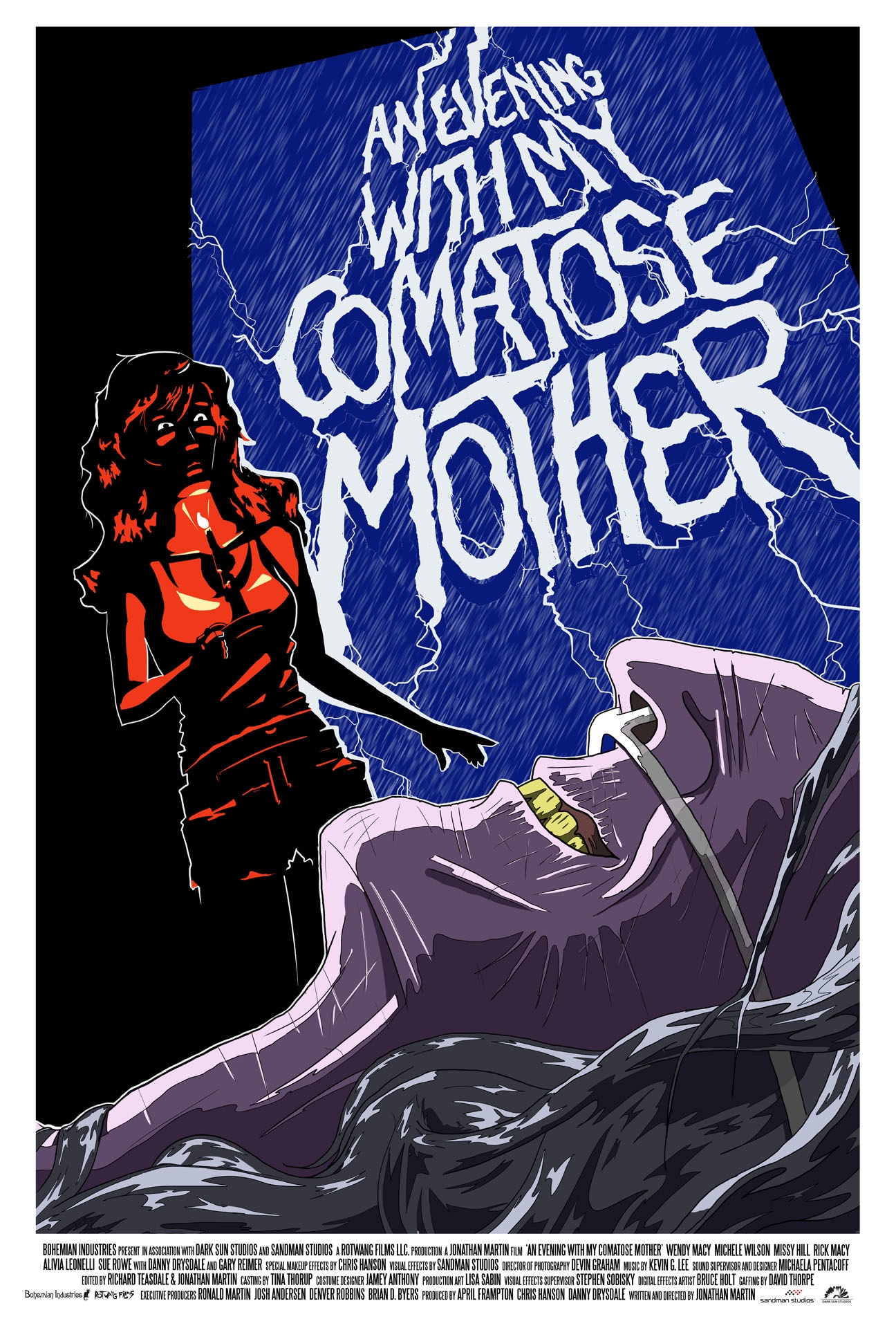