'A Walk Among The Tombstones' Advance Screening Passes 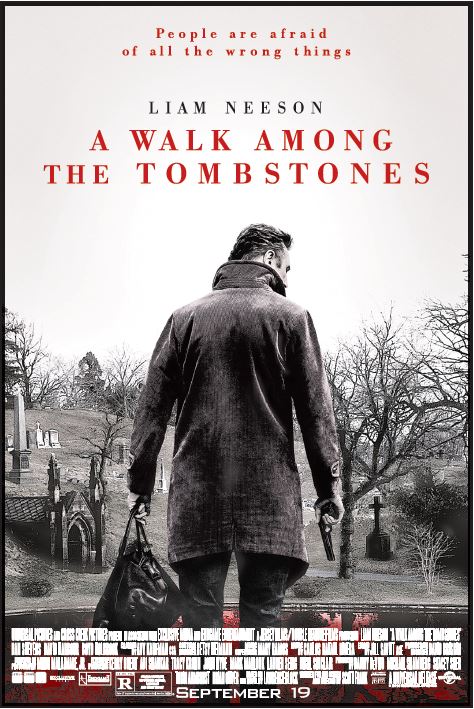 Enter for the chance to win an admit-two pass to the special advance screening of A Walk Among The Tombstones being held on Tuesday, September 16 at 7PM in Salt Lake City! Text the word SEPTEMBER and your zip code to 43549 for your chance to win passes for you and a friend! (ex. SEPTEMBER 80302) Having a pass does not guarantee admittance, as the theater is overbooked to ensure that it fills. We recommend contacting the theater to find out when they’ll begin exchanging passes and arriving extra early. Good luck!

Based on Lawrence Block’s bestselling series of mystery novels, A Walk among the Tombstones stars Liam Neeson as Matt Scudder, an ex-NYPD cop who now works as an unlicensed private investigator operating just outside the law. When Scudder reluctantly agrees to help a heroin trafficker (Dan Stevens) hunt down the men who kidnapped and then brutally murdered his wife, the PI learns that this is not the first time these men have committed this sort of twisted crime … nor will it be the last. Blurring the lines between right and wrong, Scudder races to track the deviants through the backstreets of New York City before they kill again. A Walk Among The Tombstones opens everywhere September 19. www.awalkamongthetombstones.net