A way better franchise launcher than 'Dracula Untold.' Made for anyone able to turn their brains off for two hours for a movie that doesn't insult you for it.

Rated PG-13 for violence, action and scary images, and for some suggestive content and partial nudity. 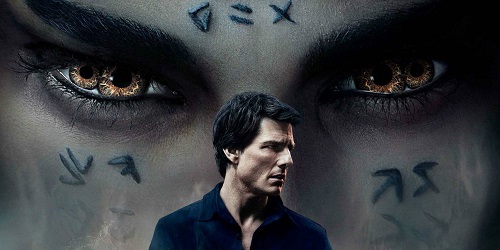 It’s always interesting to find yourself going against the grain. On one hand, there’s this weekend’s It Comes at Night sitting at 86 percent on Rotten Tomatoes as of this writing. Then, there’s the first installment of Universal Pictures’ “Dark Universe” franchise starter The Mummy, currently at a dismal 17 percent. Considering Stephen Sommers’s reboot came out 17 years ago, it’s fine for Universal to try to launch their own Marvel-style universe. And if Alex Kurtzman’s Mummy is how things are going to kick off — Dracula Untold is no longer canon — then I can’t wait to see where they take their classic monsters from here.

In ancient Egypt, Princess Ahmanet (Sofia Boutella) is angry over losing her place in line to the throne after the birth of her brother. She quickly dispatches her entire family and attempts to unleash a curse upon herself, only to be mummified and buried alive before being able to complete the spell. In present day London, a tomb of knights has been discovered and taken control of by Dr. Henry Jekyll (Russell Crowe). Meanwhile, back in Iraq, soldier-of-fortune Nick Morton (Tom Cruise) and his sidekick Chris (Jake Johnson) call in an airstrike to save their hide, only to discover Ahmanet’s ancient tomb. In swoops Jenny Halsey (Annabelle Wallis) who uses Nick to get Ahmanet on her way back to London. Along the way, Chris is turned into a zombie, the cargo plane crashes, and Nick becomes cursed. Now, everyone must band together to stop an ancient evil from rising to power, turning herself and Nick into immortal Gods, unleashing hell upon earth.

Considering how subjective films can be, I hate to say that I honestly had way more fun with The Mummy than I thought I would. While heavily relying on CGI, I love my Universal monster movies way too much for it to get in the way. Gleeful is one word to use as I watched the new Dark Universe begin to unfold. Oh sure, Dr. Jekyll and Mr. Hyde barely resonates — the fight between him and Nick ends exactly as you’d expect considering this is all franchise building — but there’s plenty of time for us to get to him better. Possibly even see how some of his trinkets wound up in his possession at Prodigium.

Every studio is looking to cash in on the Marvel Cinematic Universe approach, and so far, no one has been able to play catch up. If anyone could make it smoother than DC has, it’s Universal. With the Invisible Man (Johnny Depp), and Frankenstein’s Monster (Javier Bardem) already cast — and some hairy rumors swirling around Dwayne Johnson as the Wolfman — it’ll be refreshing for horror fans to get new makeups of their favorite classics. While some may balk at this new version of The Mummy, there’s plenty to enjoy. This is summer popcorn entertainment at its finest. While the zombies could have been a little more enjoyable without being completely CGI, there’s just something extra fun about this Mummy surrounding herself with an army of the undead.

The best thing to do is to sit back and let the excess wash over you. There’s no shame is having a blast at the movies and that’s exactly what The Mummy sets out to do. In this day and age, it would be harder to try to do classic versions of these characters, so why not try to make them more modern? There’s always room for flashbacks, right? With The Mummy being the first step Universal needed after Dracula’s demise, I can’t wait to see what’s next!