A bad romantic comedy whose flat characters’ chemistry is less believable than its made-from-scraps story. Made for fans of mindless romantic comedy.

Rated PG-13 for sexual content including suggestive comments, language and some violence. 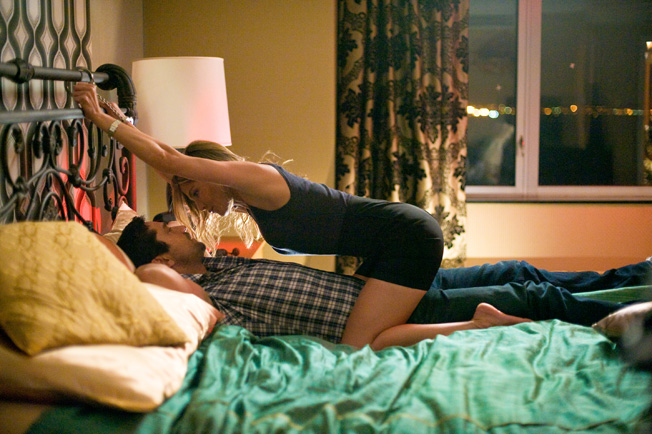 Milo (Gerard Butler, Law Abiding Citizen) is a bounty hunter. Nicole (Jennifer Anniston, Friends) is an investigative print journalist. They used to be married. His “craziness” – which first attracted her to him – led to their divorce.