A fun, light-weight episode of the “Twilight Zone” mixing “Vanilla Sky” with “A Life Less Ordinary,” “The Box” and “Dark City.” Made for fans of fun science fiction, romance, Matt Damon and Emily Blunt. 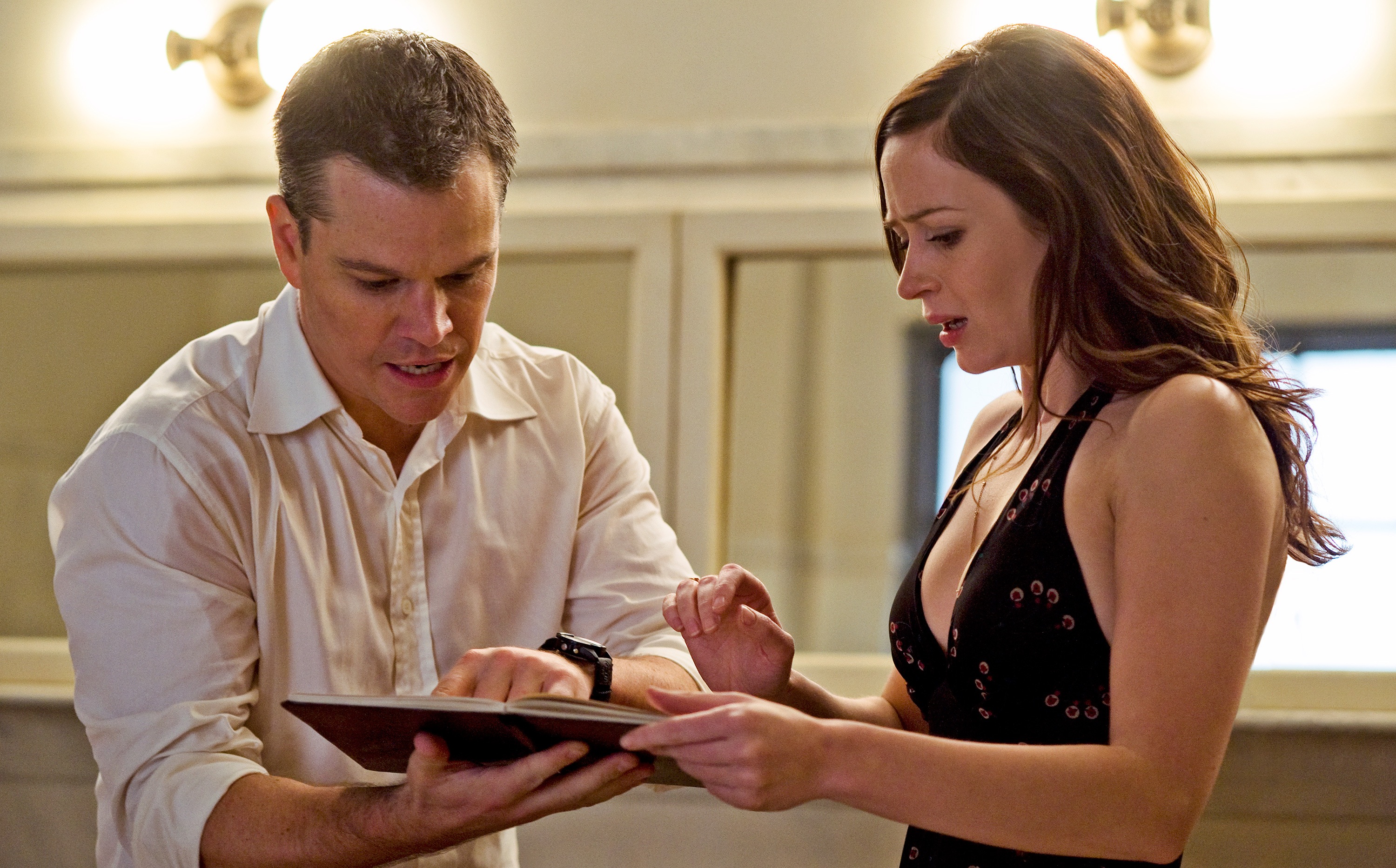 When I first saw the trailer for The Adjustment Bureau nine months ago, I was excited. The blend of mystery with romance set to the brilliant score from Danny Boyle’s Sunshine got me excited for its Fall 2010 release. But just prior to its original release date, it was bumped back to 2011 – which is never a good sign for a film. When the film was finally screened last month, despite absolutely loving it, I understood exactly why Universal Pictures decided to bump it – there is no fitting way to market this film.

Even though The Adjustment Bureau is a blend of many cinematic things you have seen before, it is in a rare breed of films that don’t warrant box office success. It cannot be pegged to simply one genre, and because of that, cannot be easily marketed. One trailer or TV spot may make The Adjustment Bureau appear to fall into one genre, while a different spot may make it look like another. My advice, forget the trailers and get out there and see it.

David Norris (Matt Damon, The Bourne Identity) is a popular New York politician. His nonchalant Average Joe approach to politics is working well for him. But when a major newspaper exposes a story about an innocent-but-grotesque prank he pulled on his college friends, his popularity tanks.

As David watches the terrible poll numbers come in on election night, he wants nothing more than to escape campaign headquarters and sulk by himself. Seeking refuge in the midst of his chaotic office, David hides in men’s room, ranting to himself out-loud unaware of the beautiful girl hiding out in a stall. After listening to David for some time, not knowing if he is ever going to leave, she steps out. Instead of being embarrassed or annoyed by the eavesdropper, David is overwhelmed by a love-at-first-sight attraction. The girl, Elise Sellas (Emily Blunt, The Devil Wears Prada), feels the same magnetic attraction.

After a “holy shit” first kiss, David is pulled away to make a speech to his party and bow out. His quick goodbye leaves him wondering if he will ever see Elise again. Of course, they both hope to meet again – but forces are at work to keep them apart.

Shortly thereafter, just as you have seen in ads, David walks into his partner’s office and sees something he is not supposed to – a team of people have “frozen” his partner and are scanning his head, planting ideas much like Leo’s team in Inception. This is where the film gets weird, but you just have to go with it.

Unlike LOST and some of these other drive-you-crazy mystique series that rarely offer up the answers you long for, The Adjustment Bureau gives you all the information right off the bat. Just after “seeing behind the curtain,” David is debriefed on everything the bureau does. He knows just as much as they do, and so does the audience. Upon establishing the fictional world they live in, the movie unapologetically goes with it and takes you on a playful journey.

Like it or not, The Adjustment Bureau is one of those films that will stay with you. It is creative, unique and charming. The explosive chemistry between Damon and Blunt is so strong that you are willing to follow them through whatever odd scenarios they cross. As strange as it might get, The Adjustment Bureau keeps its fun, playful tone and feel to the end.

If you have any impulse or desire to see The Adjustment Bureau, no matter which genre you think it might fall into, then do not miss it. It is the most fun intense science-fiction romantic comedy thriller you will ever see.