A genuine character-driven film told in a suitable and perfect manner - a fantastic achievement in indie filmmaking. Made for fans of films not only set in the 1980s, but those that are made like films of that decade. 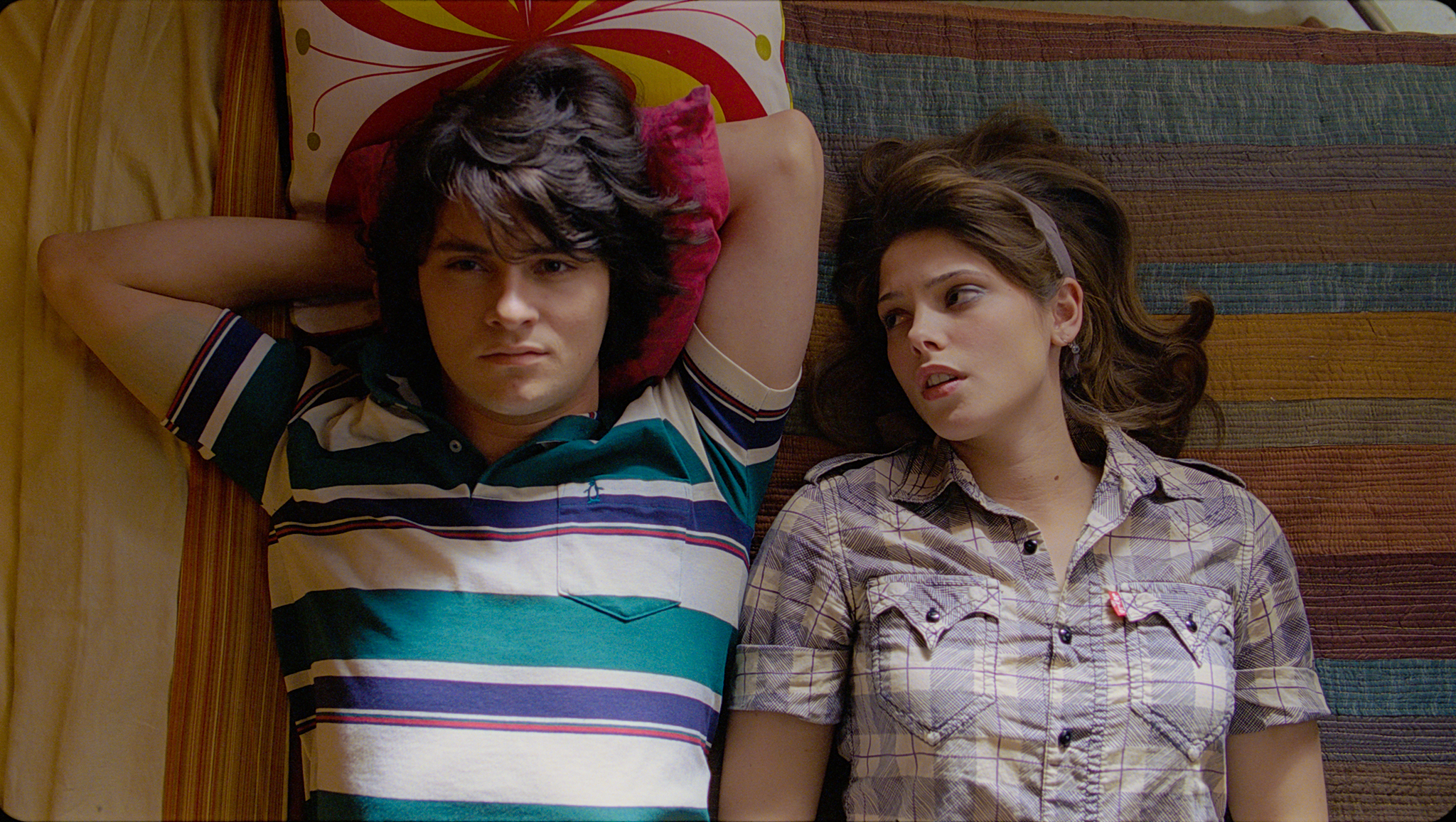 I grew up in the ’80s. Even though I was still very young in that decade, I have a certain affinity for things of the ’80s. I wasn’t raised listening to that era’s music. I wasn’t even old enough to recognize the style that movies were made then. It wasn’t until the late ’90s that I began to appreciate and love certain things that had the genuine ’80s stamp on them. It was then, in my late teens, that I recognized the little influences these things had on me – a song that was attached to a childhood memory, a scene from a movie that will forever remind me of my youth.

Skateland is one of the best films in years to capture the essence of everything ’80s. There have been others (like Adventureland and The Wedding Singer) that are chock full of ’80s memorabilia, music and pop culture – but at their very core, they are still contemporary films. None of them are written, filmed and edited in the trademark style of the ’80s. Until now.

Ritchie Wheeler (Shiloh Fernandez, The United States of Tara) is a 19-year-old who’s hit a wall. He’s become too comfortable at his job, in his home and in his relationships with friends and former lovers. But things are about to change. Ritchie has worked at the same rollerskating rink – called Skateland – since he was in high school, he’s oblivious to his family and their problems, he takes his friends for granted and hasn’t tried resolving the issues with his ex-girlfriend that he’s obviously still interested in.

Just about the same time Ritchie’s best friend Brent (writer/producer Heath Freeman) returns home from a motorcycle racing circuit, his world begins to change. With Skateland soon closing its doors, Ritchie begins to acknowledge the rift between his parents which ends up leading to divorce and has to learn where his loyalties lie with his friends, family and past lovers. Because Brent has the polar opposite mindset as Ritchie – Brent moves from girl to girl, he’s put everything into living his dreams and has no problem moving along and adapting to reality – he’s the perfect friend to help him accept and cope with that which he cannot control.

While viewing Skateland for the first time, you may feel that it is a film about nothing – meaning there’s no solid plot and goal. But after giving it thought, you’ll realize that it’s a story about characters faced with dilemmas, caught up in the struggle to swim to the surface and to find out what they dream and desire. It’s more than just your average “coming-of-age” drama. It’s an homage to everything good from the ’80s and the lost and forgotten style of screenwriting and filmmaking from that era. To put it simply, it’s an ’80s movie.

None of what’s written in the script would work without the proper crew. Every little attention to ’80s filmmaking – from long steady camera shots to unbelievable dream sequences – is regarded in highest detail. Considering how young most of the cast is, I’m in awe at how well they captured the essence of the ’80s lifestyle. Because of the crew, Skateland literally looks like it was made in the ’80s, and it’s the cast that makes Skateland feel like it was made in the ’80s.

Ritchie is a good kid – he just doesn’t know what he wants and can’t seem to get his feet on the ground. It’s Shiloh’s Fernandez’s performance of Ritchie that makes you easily connect with him in this hard time. He’s a strong young actor that I look forward to seeing more of. After seeing Heath Freeman play Brent, I can’t possibly envision anyone else playing that role. He nails it, capturing that fun and wild charisma that we expect from that type of character. I’m sure that having a hand in writing the screenplay helped him immensely in bringing Brent to life. But when mentioning the performances that resonate in Skateland, it would be a crime to leave out Ashley Greene (Twilight).

Greene plays Brent’s younger sister Michelle, one of Ritchie’s very best friends. If Brent is the character that helps Ritchie to break free from the mundane routine of mediocrity and comfort, Michelle is the character who grounds him afterwards, helps him make a decision and go for it. Knowing her mostly from her contribution to the Twilight Saga, I didn’t expect much from Greene. But after only a few scenes, I realized there’s more to her than just a pretty face. Greene knocks it out of the park – especially in a wonderful scene that doesn’t have a single line of dialogue. I cannot wait to see what she does next.

Just before the end credits roll, the text “In Memory of John Hughes” appears on the screen. No other film in recent years is worthy of being able to make that end statement. I cannot speak for him, but I’m sure Hughes would fully approve of Skateland. It’s everything you may have forgotten that you loved about the ’80s. When it comes out on home video, forget the Blu-ray/DVD bundle – I want the Blu-ray/VHS combo pack.