'Bourne' meets '3:10 to Yuma.' Made for fans of Denzel Washington, Ryan Reynolds, and fun and mindless action movies. 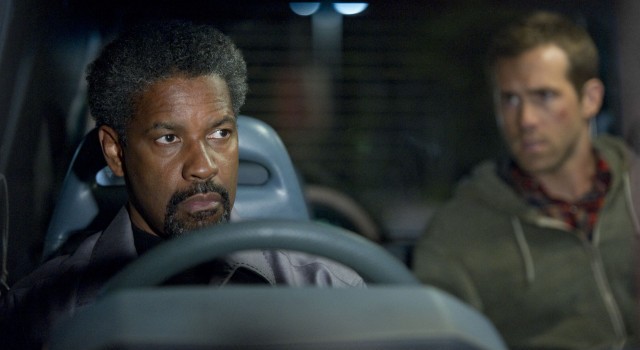 Safe House may not be the most original action-packed spy thriller, but it’s a whole lot of fun.

Ryan Reynolds plays a rookie CIA agent who’s been stuck in a one-man operation in Cape Town, South Africa. For 12 months, he’s been in charge of maintaining a safe house – only he’s never seen one ounce of work. By day he goes bonkers in his solitary locked-down compound, by night he’s with his hot French girlfriend. But all that is about to change.

Denzel Washington plays a former CIA agent – one of the very best – who has been rogue for almost a decade. Nobody knows what he’s been up to this whole time. After obtaining a secretive computer file, a lot of people want him dead. He’s constantly on the run, facing near death situations around ever corner. The only escape from one of these situations is taking refuge in the American consulate, where he’s immediately detained. Since the next extraction time is 18 hours away, he’s send to Reynolds’ safe house – but trouble somehow finds him there.

After an awesome raid sequence, Reynolds has to single-handedly take his prisoner on the run. When he’s not being shot at by bad guys, his prisoner is trying to escape. When they learn that there’s a mole in the CIA and that no one can be trusted, the two have to work together for survival – like in 3:10 to Yuma.

If you’re leery of the R-rating, know that Safe House is no more violent (and up to par with) the Bourne movies. The should-be graphic violence takes place off screen, there’s only use of the F-word and there’s no nudity or sex. I’ve been told that the song over the closing credits features vulgar lyrics, so that’s perhaps why it was given the R rating.

When the mole is revealed, it’s no big surprise – but the path to getting there is fun, intense and action-packed.