The most mind-numbingly boring film in years. Made for fans of energy drinks, because that's the only way you'll stay awake through it.

Rated PG-13 for Biblical violence including some disturbing images. 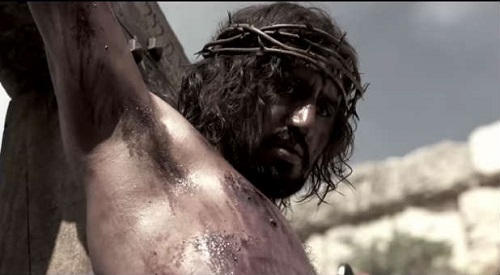 Biblical films are nothing new in Hollywood. And when done well, they can draw in even the most secular viewer — unless there’s nothing to offer but the same old story. Not all of them can be classics like The Ten Commandments, and even with Ridley Scott’s atheist approach to Exodus, it stayed true to the source material. Unfortunately, we are also given heavy-handed films that are stuck in cinematic limbo between utterly terrible and at least visually stunning. With co-writer/director Kevin Reynold’s Risen, all we’re given is the same story with no reason to care for its existence — at least outside the film’s obvious niche.

In 33 A.D., Clavius (Joseph Fiennes) is a Roman warrior charged with keeping the peace between with the Jews in the Judaean desert. Yeshua (Cliff Curtis) has just been crucified and the people are insistent that he will rise again. Clavius ensures the prefect Pilate (Peter Firth) that Yeshua’s body will never see the light of day. Until Clavius’s guards let down their defense and the body winds up missing. The Jews are now awaiting the rise of their new Messiah, and Clavius — along with young Lucius (Tom Felton) — are tasked with locating the body before an uprising is upon them.

All religion aside, any film can get away with its story with the right director working his magic. Unfortunately for Risen, the film is in the hands of Reynolds whose credits include Robin Hood: Prince of Thieves and a couple debacles: The Count of Monte Cristo and Waterworld. It should come as no surprise that Risen features a plodding pace and is mercilessly boring. And he filled the film with Razzie-worthy performers set within the most drab Roman Empire ever put on film.

Plus, it’s not like you don’t know how the story is going to end — spoiler alert: Yeshua rises and Clavius has no choice but to become a believer. But what about the rest of us? Non-believers will find absolutely no reason to see the film, but therein lies the film’s biggest mistake, ostracizing everyone outside the demographic. But I would never assume that was the intent to begin with.

Risen is by the numbers, for the numbers, the fact that you already clicked on the review probably means you at least have an inkling of interest. But the fact of the matter is, this is one of the most boring films I’ve sat through in years, and that’s something no story can ever overcome.