For a comedic action movie, "Red" sure isn't funny or intense and only features sub-par action. Made for people who like bad comedy/action hybrid flicks. 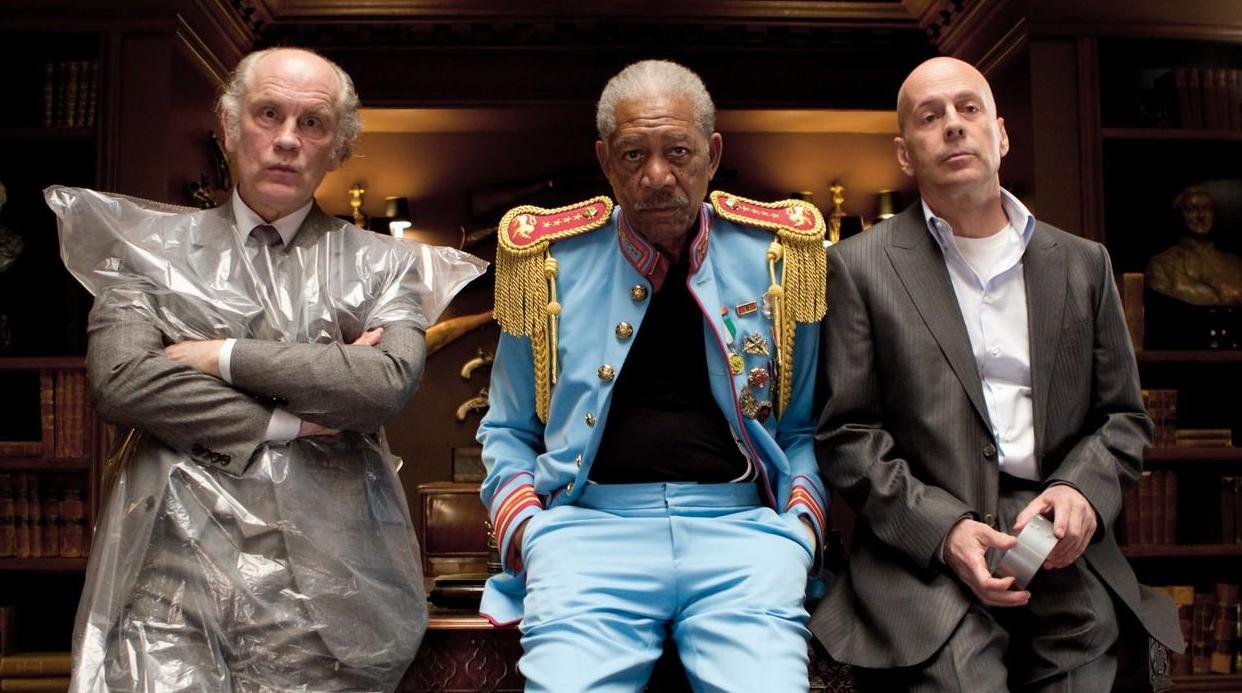 The trailers for Red have been awesome. The premise to story has high potential – a group of retired CIA assassins have been deemed “Retired, Extremely Dangerous” and are now the targets of black-ops killing squads. With a plot like that and an all-star cast including Bruce Willis (Die Hard), Morgan Freeman (The Shawshank Redemption), John Malkovich (Burn After Reading), Hellen Mirren (The Queen), Brian Cox (X-Men 2) and Mary Louise Parker (Weeds), how could it wrong?

After watching the first two minutes of Red I noticed a small camouflage red flag that most would not have caught on to: the music. The score was not fitting to the movie whatsoever. The quirky music sounded like a mix of Billy Madison and Seinfeld, something that would expect from a movie like Problem Child, but not Red. After a few more minutes, one of my worst fears was realized – the music would not stop. For the entire duration of the movie, this screwball music plays incessantly. It literally never stops. I imagine that while editing the film together, the filmmakers realized that they poorly shot their movie, that the script was terribly bad and that it didn’t have a definite tone, so they ordered a non-stop soundtrack to fill in the void. It drove me bonkers. But it wasn’t just the music.

The story to Red is something you would have expected from an ’80s action flick, not a current one. Hollywood pumped out so many action movies in the ’80s that it didn’t matter what the story was as long as it was filled with creative action. In some ways, those bad ’80s flicks are better than Red because they excelled in one of those two areas. Red lacks in both.

As for creative action, Red features two cool stylized effects – both of which have been spoiled because they are in every trailer and TV spot. Bruce Willis steps out of spinning car and John Malkovich shoots the tip of a flying rocket so it blows up in the launcher’s face. There isn’t a single other creative action sequence in the entire film.

In the way of the story, Red is childish. Once Willis finds out that he is being hunted, he travels across the country to pick up his over-the-phone romance (Mary Louise Parker), whom he has never met, because he thinks she will be targeted for talking to him. When he gets there, for some reason Willis kidnaps her and, of course, the death squad shows up at her place. Yes, they were flirty on the phone together, but I don’t buy that she would be he target of a CIA assassination because of that. And it only gets worse from there.

Red is a big dumb shot-out-of-focus action movie. If I could have, I would have walked out of it. If you are capable of shutting your brain off and enjoying low-quality entertainment, then you might enjoy it. If you are not that type of person, but are curious about Red, give it a year – I’m sure Comedy Central will be playing it every other weekend by then.