Jake Gyllenhaal shines in Nightcrawler Made for fans of sardonic film noir.

Rated R for violence including graphic images, and for language. 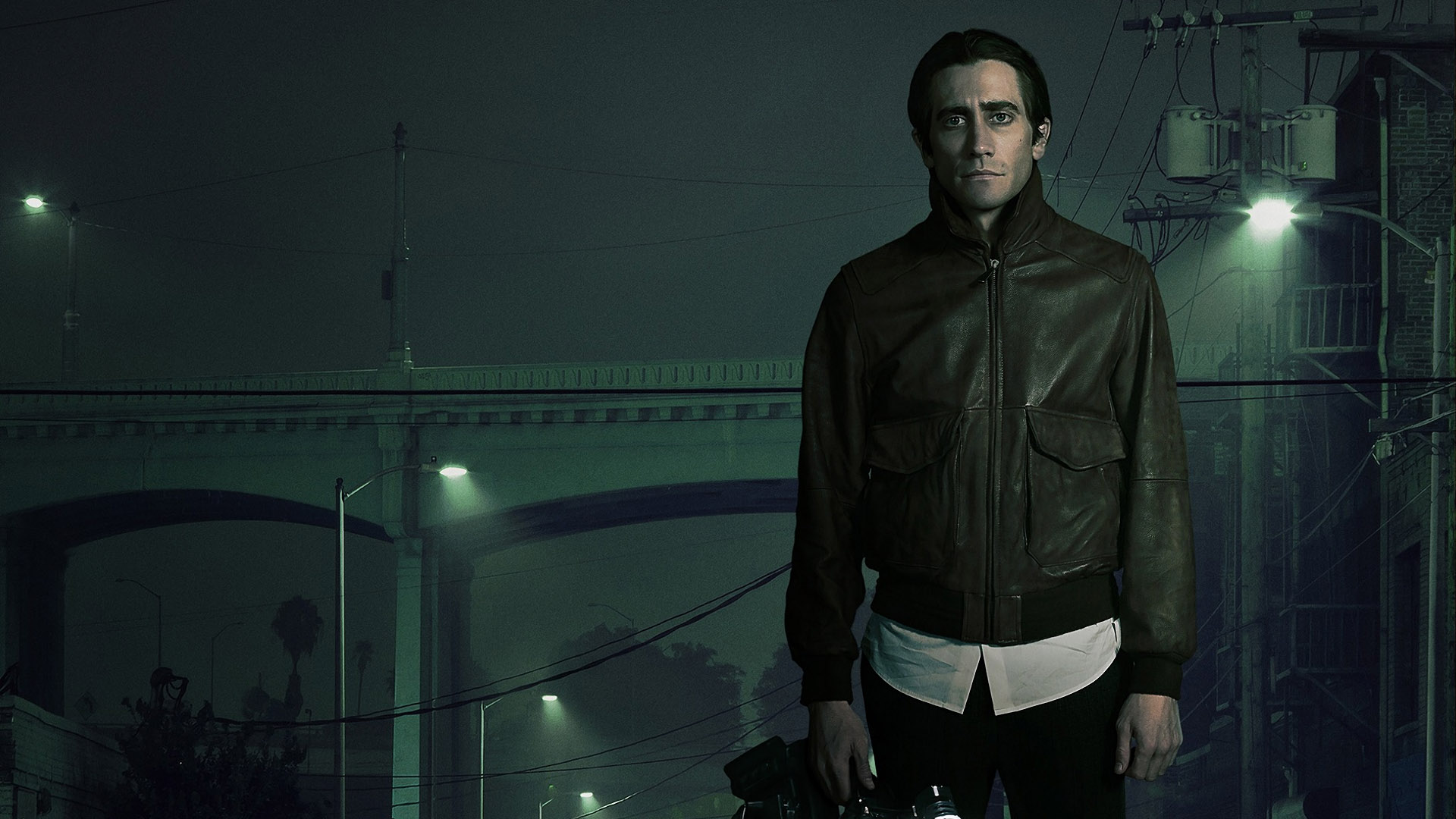 With the sociopathic character of “Louis Bloom”, Jake Gyllenhaal may finally get the accolades he deserves. And although he is absolutely essential to the success of Nightcrawler, it’s an arresting and involving thriller besides, trolling the seedy underbelly not only of local news and news gathering, but of our collective appetite for such chilling “if it bleeds it leads” footage as well.

Gyllenhaal plays Bloom with a complete lack of empathy for others, which allows him to lie, cheat, and steal guilt-free, all in an effort to get ahead. He’s a socially awkward loner who’s also a fast learner, on the internet all the time, soaking up something new.

After learning that he can get fast cash by selling footage of grisly news events to local TV stations, Bloom zeros in on becoming the ultimate nightcrawler, complete with cruddy camera, a car that barely runs, no experience and no connections. So he follows around fellow ambulance chaser Joe Loder (Bill Paxton), and soaks up all he can. He even cons homeless Rick (Riz Ahmed), into being his intern, while spouting off twisted versions of corporate motivational speeches like he was Anthony Robbins understudy.

But all of that changes as even bottom feeders have to live off of something, and a local TV station begins to purchase his ineptly shot footage. The more Bloom crawls the night, glued to his police scanner for any signs of bloodletting, the better at it he gets. The more footage he sells, the better his equipment becomes. And with each passing transaction his confidence and arrogance grow. He even makes a play for Nina Romina (Rene Russo), the local news producer who usually buys even his most horrifying stuff. He thrills at her attention, and tries to give her ever more horrid material for her to use. Their relationship is symbiotic, as his efforts only solidify her position at the station and her money keeps Bloom coming back for more.

But with an ever-increasing need to top himself, he begins crossing even the blurry line of such news gathering, first by staging shots to make them look more graphic or appealing, then by sabotaging the equipment of competitors. Such tactics succeed only too well, as he not only gets the footage he wants, but the attention and recognition he secretly craves from Nina and her fellow newsies. Eventually, all lines are crossed and all bets are off, as his desire overrides any semblance of conscience he might have had.

Nightcrawler is a raw movie that examines and skewers the dog-eat-dog world of American capitalism — strangely entertaining with expert direction, spot-on performances, biting wit, and a thrilling car chase that belongs in a straight-up action flick.

Written and Directed by: Dan Gilroy

Rated R for violence including graphic images, and for language