A touching story about a man assuming his fatherly duties in a small town of the Australian outback. Made for anyone with a heart, lovers of father/son journeys and those who wish to visit Australia.

Rated NR - most likely restricted for language and some violence. 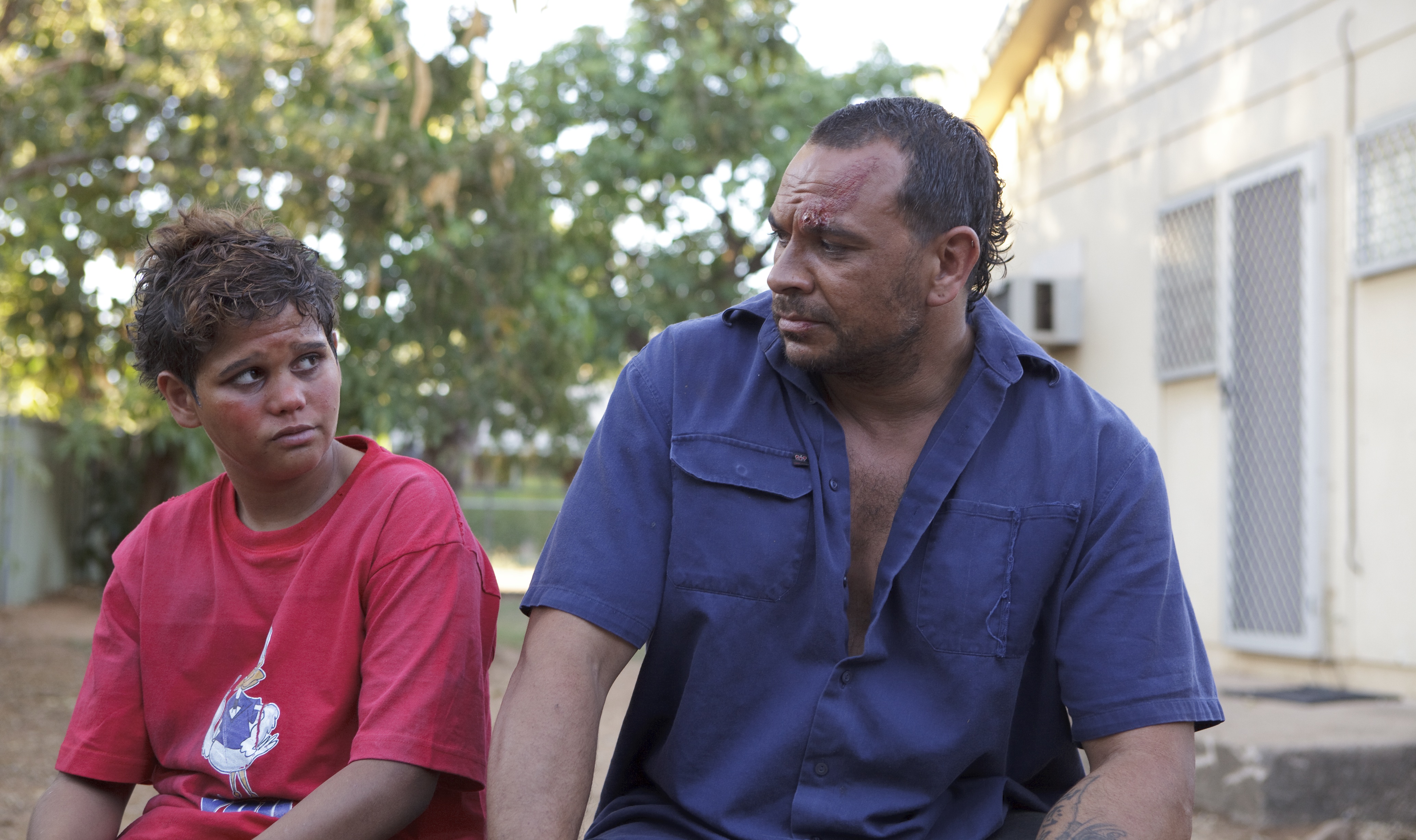 Who isn’t intrigued by Australia? Everyone wants to go there, but being such a long distance away, most of us will probably never make it. Because of that, when Aussie Baz Luhrmann (Moulin Rouge) released his 2008 film Australia, we were all let down when it contained more Peter Jackson-looking CG landscapes than the naturally beautiful ones we all hope to experience. Luckily, Brendan Fletcher’s Mad Bastards is finally here to give us what we want – a real big-screen look at Australia.

Mad Bastards gives you the honest Australian experience that Luhrmann failed to deliver. After learning about how it was made in a post-screening Q & A at Sundance with Fletcher and lead actor Dean Daley-Jones, it became apparent that you will never get a more authentic Australian narrative than Mad Bastards.

Produced by one of Australia’s most popular traditional musical groups, The Pilgrim Brothers, Mad Bastards was brought about in oddest way. First, Fletcher and the Brothers found the people – some with no acting experience at all – that they wanted to cast as leads based solely upon their city of origin and life stories. It wasn’t until casting was complete, after intimately learning about their “actor’s” backgrounds, that they wrote a general outline of a script based on those real-life experiences – truly capturing the unique lifestyles of those from different parts of the vast country.

Filming came next. While shooting, they would learn or come up with new story ideas. Some of them drastically altered their original plot, so after their six-week filming period wrapped, they wrote the addition scenes needed to complete the evolved story and filmed again for another three weeks. Although it had potential of becoming a jumbled mess, it worked – and very well at that.

Daley-Jones plays T.J., an angry “mad bastard” (Australia’s equivalent of calling someone a “crazy bastard”) whose violent, unstable life in Perth is about to hit rock bottom. Written-off by his family, T.J. has nowhere to go. In an attempt to make things right and start a proper life, with only a couple bucks in hand, T.J. begins the 1,500-mile journey to The Kimberley, the home of his once-girlfriend and their 13-year-old son that he has never met.

At the same time, we learn what is happening in The Kimberley. We meet T.J.’s son, also a mad bastard, and his too-busy-partying-to-parent mother. Just like T.J., she is about to hit rock bottom – the only difference between the two being that she has someone to fall back on, her unconditionally loving policeman father.

The story of Mad Bastards is universal. No matter the color of your skin, your place of origin or social standing, you will connect with it.

Mad Bastards perfectly portrays the laid-back, easy-going lifestyle of The Kimberly. Set to songs and score from The Pilgrim Brothers, you won’t get a much more authentic Australian experience than Mad Bastards.