Rated PG for sensuality and language. 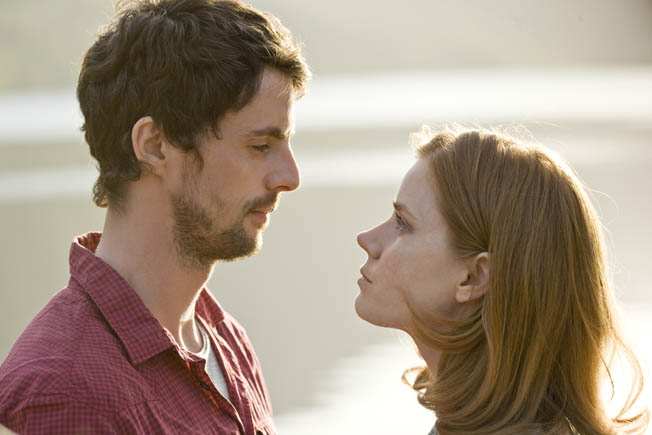 Being a big fan of Amy Adams (Enchanted), I always thought she could do no wrong. Although I despised every other aspect of the movie, in Night At The Museum 2, she seemed to be the only member of the cast who showed up to have a good time. You can always expect her to be her best – even in a bad movie. But after seeing Leap Year, all I could feel was complete embarrassment for her.

Anna (Adams) has been waiting for her longtime boyfriend Jeremy (Adam Scott, Step Brothers) to propose – but he just wont do it. After receiving words of wisdom from her father, Anna decides to go out on a limb and follow Jeremy to Ireland where a (supposed) tradition gives a woman the chance to propose to a man on February 29, hence the title leap year.

Without much originality, Anna just can’t seem to make it to Dublin on her own, so she hires a good-looking taxi-driving bar-tending innkeeper (Matthew Goode, Watchmen) to help her get to Dublin before that once-every-four-years deadline – but, of course, he only becomes an attractive obstacle in her way. Their journey consists of one absurd obstacle after another. The laziness of the screenplay is overly evident through the countless rom-com clichés, making Leap Year a sloppy mash-up of every chick flick you’ve ever seen.

The problem with Leap Year is not in the cast or filmmaking, it’s in the writing. Adams is still charming and fun to watch on the screen. The Irish locations chosen for filming are absolutely beautiful. It’s simply the story and writing that will cause Leap Year to be one of the worst films of the new year. Instead of making and releasing this movie now, the studio should have held onto the idea, had it rewritten and released it in 2012 – an actual leap year!

If you men out there are looking for a good romantic comedy to take you’re significant others to on Valentine’s Day, don’t even consider Leap Year. I’ll be surprised if it even lasts that long in theaters.