How Do You Know

Rated PG-13 for sexual content and some strong language. 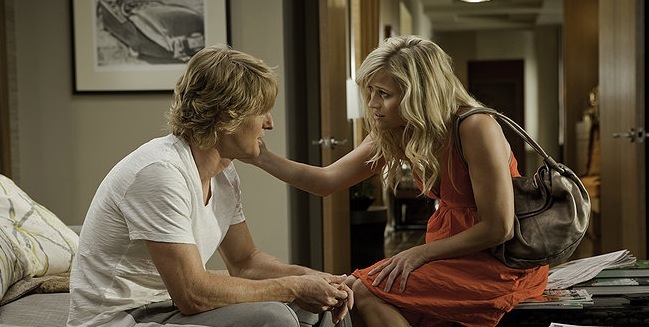 I have always been more a fan of what writer-director James L. Brooks has tried to do with the romantic comedy genre than the romantic comedies he has actually made. In theory, most of his films appear to be above par. But the execution of them reveals that they never quite meet their potential. Think about Spanglish and As Good As It Gets – the trailers for those movies are better than the movies themselves. Thank heaven that he finally got it right in How Do You Know.

Lisa and George are down and out in life. While their problems differ in grandeur, their affect is equal. Being a 31-year-old Olympic softball player recently been cut from the U.S. team because of her age, Lisa (Reese Witherspoon, Legally Blonde) is recognizing her lack of identity and purpose. Softball is all she knows. At this point her life she must “find out what she wants and learn to ask for it.”

George (Paul Rudd, I Love You, Man) was recently subpoenaed by the FBI and is under investigation for stock fraud – something that he is absolutely oblivious to. Being an honest man of integrity, George walks away from his father’s company, sells all of his belongings to pay for an expensive lawyer and goes into hiding.

George is Lisa’s biggest help in making it through her trial, and vice versa. The only problem is that they are not together. They are both faithfully seeing other people. George and Lisa have the perfect relationship that cannot exist.

As they progress, Brooks’ previous films tend to stray from comedy and get bogged down by over-serious material. Unlike those, How Do You Know features a perfect balance of comedy and heart. There isn’t a single unlikable in the movie. Each person, including the side characters, has honest intent to do good. Considering nothing negative ever happens in the film, it is hard to leave the good feeling behind. At the same time, it is often the side characters that supply the laughs.

As well as Rudd and Witherspoon, Owen Wilson (Little Fockers) and Jack Nicholson (The Departed) give fantastic performances here. Wilson plays Lisa’s Major League Baseball playing boyfriend who is changing from his “assembly line sex life” to become a one-woman man. Hands down, this is easily his best performance in years. Nicholson plays George’s dad, the owner of the company he was recently let go from. It sure is nice to see him working his comedic magic with a great script again.

How Do You Know is absolutely delightful, one of the great romantic comedies, a perfect date movie for all adults. Catch it while you can because romantic comedies of this caliper don’t come along often.