I dare you to not think of Frozen next time you're on a ski lift. Made for fans of horror movies that are based on “real life” possibilities, claustrophobic “could-be” situations - much like The Ruins.

Rated R for some 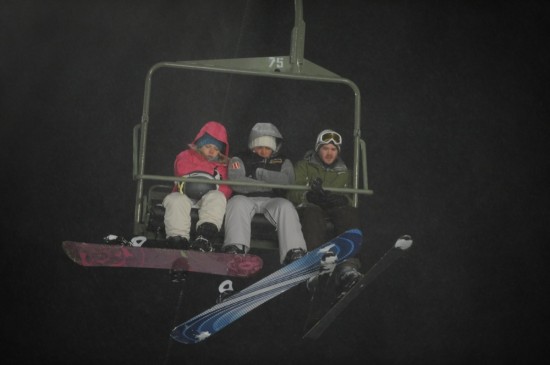 Have you ever been on a ski lift when it unexpectedly stops (probably because someone biffed it getting off or on the chair)? If so, without a doubt, in that moment you thought, “What if I got stuck up here?” The makers of Frozen take that thought one step farther, upping the ante in this hypothetical situation.

Supposedly, on the East Coast, some ski resorts are only open Friday to Sunday – making the slopes a ghost down the rest of the week. In our story, three college-aged friends hit the slopes on a Sunday. But when the resort is forced to close early due to an incoming storm, they try getting on the lifts for one last run down the mountain. “What’s the worst that could happen?” Usually, you’d have to let your imagination do the work, but here it’s all played out before you.

The best horror movies are the ones that bring to life hypothetical situations, causing you to ask yourself what you would do if you were one of the characters. Frozen does that perfectly, bringing the panic and fear straight into your chest.

Frozen is not perfect. It’s faults lie within it’s dialogue, typical characters, bad performances and lackluster ending. But it is what it is – a close-ended horror movie with limits. It can only go so far. But with it’s short 93-minute runtime (including credits), it does just what it sets out to do – it brings to life the hypothetical solutions you may have come up with on your own.