Does the fact that I finally liked 'Creed' make this the best 'Rocky' film ever? A ticket is worth buying to find out. Made for 'Rocky' fans, sports film enthusiasts, pretty much anyone really.

Rated PG-13 for violence, language and some sensuality. 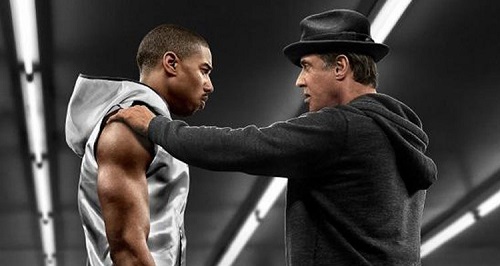 The world may be gaga over Sylvester Stallone’s Rocky franchise, but I’ve just never seen the appeal. A friend of mine tried to get me to watch the original years ago, but I fell asleep. After watching the spin off movie Creed — and perhaps being a bit older — I can appreciate the appeal of even Rocky Balboa himself now. Stallone may not be the best actor, but at least they picked the right one for this. Michael B. Jordan has always been one of the hottest rising stars today, and with Creed, it finally proves he lives up to the hype. Jumping back into the ring with his Fruitvale Station director Ryan Coogler, the trio deliver one of the year’s biggest crowd-pleasing knockouts.

Creed kicks off drumming to its own beat, introducing us to the young Adonis Johnson (Alex Henderson) in juvenile detention. After his latest fight, he gets thrown into lockup and is soon visited by the widow of Apollo Creed himself, Mary Anne (Phylicia Rashad). She knows he is Apollo’s son, and takes him in, offering him a better chance at life. Cutting to the present, we find adult Adonis (Jordan) working at a financial institute and quitting his job the same day he gets a promotion. Adonis wants to live up to his father’s namesake, and moves to Philadelphia to try to get Rocky (Stallone) to teach him how to fight. Along the way, he also finds time to meet-cute his singer/neighbor Bianca (Tessa Thompson) and catch the attention of heavyweight champion “Pretty” Ricky Conlan (Tony Bellew) who wants to fight Adonis before Conlan is shipped off to prison.

If there’s one thing that helps Creed more than anything, it’s that Coogler has made the world of Rocky come alive, probably better than ever before. The film makes the character feel literally real and not just out of a movie. This feels less like a sequel and more like a documentary. It helps that Stallone took the backseat and didn’t even touch the screenplay, giving him the chance to loosen up for the camera. The film also benefits from a welcome sense of humor and character relationships that also feel as real as Rocky does.

Jordan and Thompson have great chemistry together, along with Jordan and Stallone. Some may not like the sight of an aging Rocky, but let’s face it, Stallone himself turns 70 next year. It only makes sense for the series to be passing the torch at this point. We’ve seen what happens with Stallone back in the ring, and rest assured, this is no Grudge Match. The bottom line is with Creed, the Rocky legacy gets a chance to live on, and if it can make a fan out of me, then I can see the franchise continuing on for years to come.