The most hilarious and memorable adult comedy in years. Made for fans of side-splitting R-rated comedies with plenty of heart. 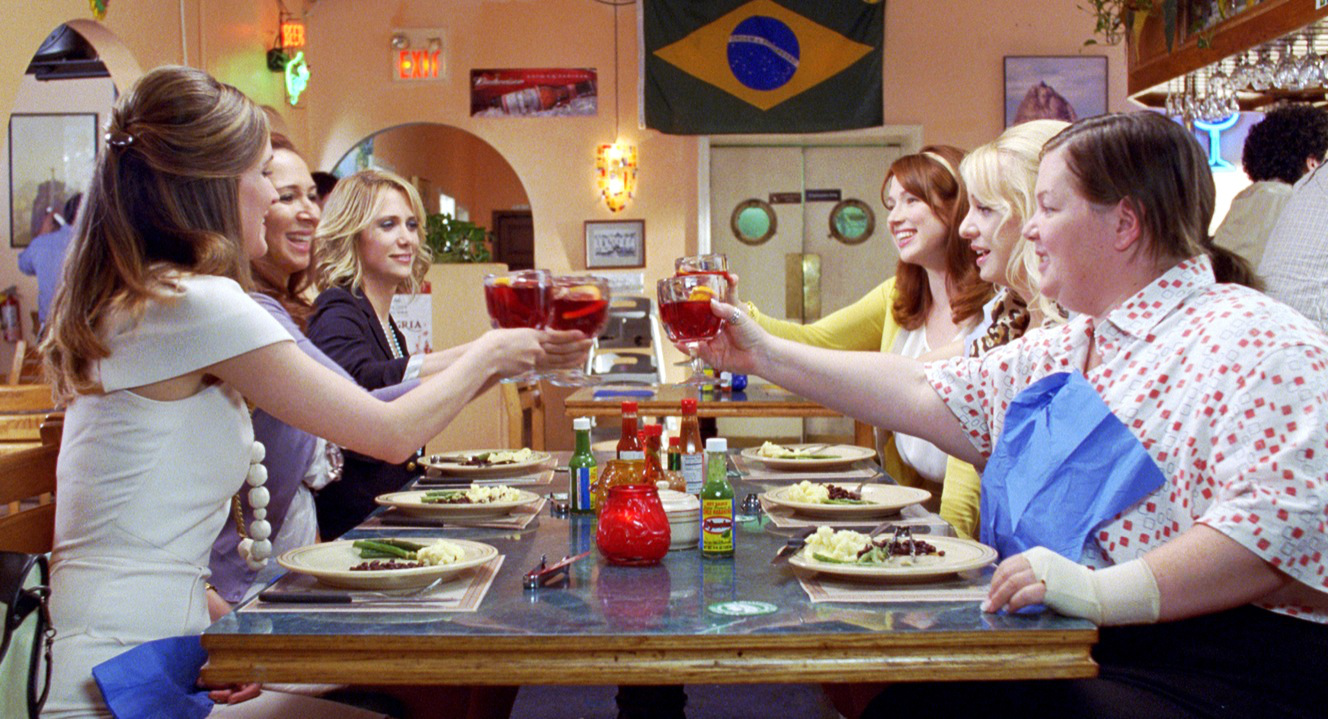 Ever since 1999′s American Pie, our market has been continually bombarded by mediocre, run-of-the-mill R-rated comedies hoping to be the next biggest thing. Occasionally, one strikes gold with college age kids, is highly quoted, then slips away. Think back to 2003′s Old School. The term “ear muffs” ran rampant. How often do you hear it now? Think back to 2005′s Wedding Crashers. Although Wedding Crashers took the box office cake and was quoted like no other, now it is nothing more than a basic cable filler comedy that plays nearly every weekend. I am not saying that movies like these are not funny; I am saying that they are forgettable. When the next R-rated comedy comes along, the previous one gets tossed to the curb.

But now and again there are exceptions, comedies so good that you want to watch them in private just as much as with a group. The 40-Year-Old Virgin, Forgetting Sarah Marshall, Role Models and I Love You, Man come to mind. Another title worthy of joining these ranks and your personal Blu-ray collection is Bridesmaids.

Like many of you, I have a comedic crush on Saturday Night Live‘s Kristen Wiig. I cannot stand modern SNL, but will definitely suffer through an occasional episode just to see Wiig’s brilliant bits. As bad as the show may be, she is always great. Seeing Wiig own her small roles in major movies and shows like Paul, MacGruber, Whip It, Extract, Adventureland and Ghost Town has only made me want to see her take the lead in a film of her own. With Bridesmaids, she is literally doing it. Not only does she play the lead character Annie, but she co-wrote the screenplay.

Annie is no spring chicken – and she is sure starting to feel like it. Annie saved all of her money to open her dream business, a cake shop. But amidst the hurting economy, she was forced out of business. Taking any job she could, Annie works as a clerk in a high-end jewelry shop. She secretly wants a real relationship with her sex buddy (Jon Hamm), but if she mentions it to him, he will toss her out. The depression caused by their lack over romance and purly physical relationship brings out her love-hating side which ends up trickling into work. When her attitude drives business out of the jeweler’s shop, Annie is fired. And just when she thinks she has hit rock bottom, Annie’s life plummets ever deeper when her best friend Lillian (Maya Rudolph, Away We Go) gets engaged, making Annie the only of Lillian’s single friends.

As Lillian’s best friend, Annie is given the charge of being the Maid of Honor. At the engagement party, Annie meets the rest of the bridesmaids. There’s Rita (Wendi McLendon-Covey, Reno 911!), a sex-deprived middle-aged mother of three hellion boys who longs for a drunken vacation from her husband and kids; Becca (Ellie Kemper, The Office), the naive newly-wed; Megan (Melissa McCarthy, Life As We Know It), the over-weight, crude possible-lesbian soon-to-be sister-in-law; and Helen (Rose Byrne, Knowing), the stuck-up wife of Lillian’s fiancee’s boss. As Lillian’s fiancee has climbed up the business ladder, she and Helen have become great friends and it quickly becomes apparent that Helen believes that she deserves the Maid of Honor title more than Annie. An indirect jealous cat-fight of condescension and backstabbing ensues.

Had Bridesmaids focused solely on the Maid of Honor bridal battle, it would have gotten old quickly. But the story is much stronger than that. Annie’s self-destructive path towards rock bottom creates a truly sympathetic dynamic that affects every relationship within the film. While Annie is constantly trying to beat Helen and show everyone how evil Helen is, it creates a rift between her and Lillian. As Annie starts to form a real romantic relationship with a state cop (Chris O’Dowd, Gulliver’s Travels), it creeps between them also. And although Bridesmaids dabbles its toes in the dark side for a short while, it never loses its true identity as a comedy. The brief darkness and serious themes only add an honest heart to this unforgettable comedy.

You can’t catch a TV spot for Bridesmaids that doesn’t brand it “The Hangover for Girls.” In reality, The Hangover is nothing more than one of those comedies that falls into the list of forgettables. Bridesmaids ads should market it as “The Hangover Made Memorable by Girls.” The gags that happen in Bridesmaids are hilarious. Had they been performed by a group of guys – many of which already have – they would still be funny, but not as memorable as they are. You have never seen females on screen do the things that this group of ladies does. The fact that they are done by women makes them outright side-splitting. Several times throughout the film, Bridesmaids draws the loud audience laughs that leave you missing a line or two.

Mark my words, Bridesmaids is the R-rated adult comedy of the summer. With The Hangover II recycling the same story and jokes from The Hangover (basing my opinion on the trailers alone), it has nothing on Bridemaids.