A coming-of-age story by one of America's most remarkable directors. Made for lovers of life.

Rated R for language including sexual references, and for teen drug and alcohol use. 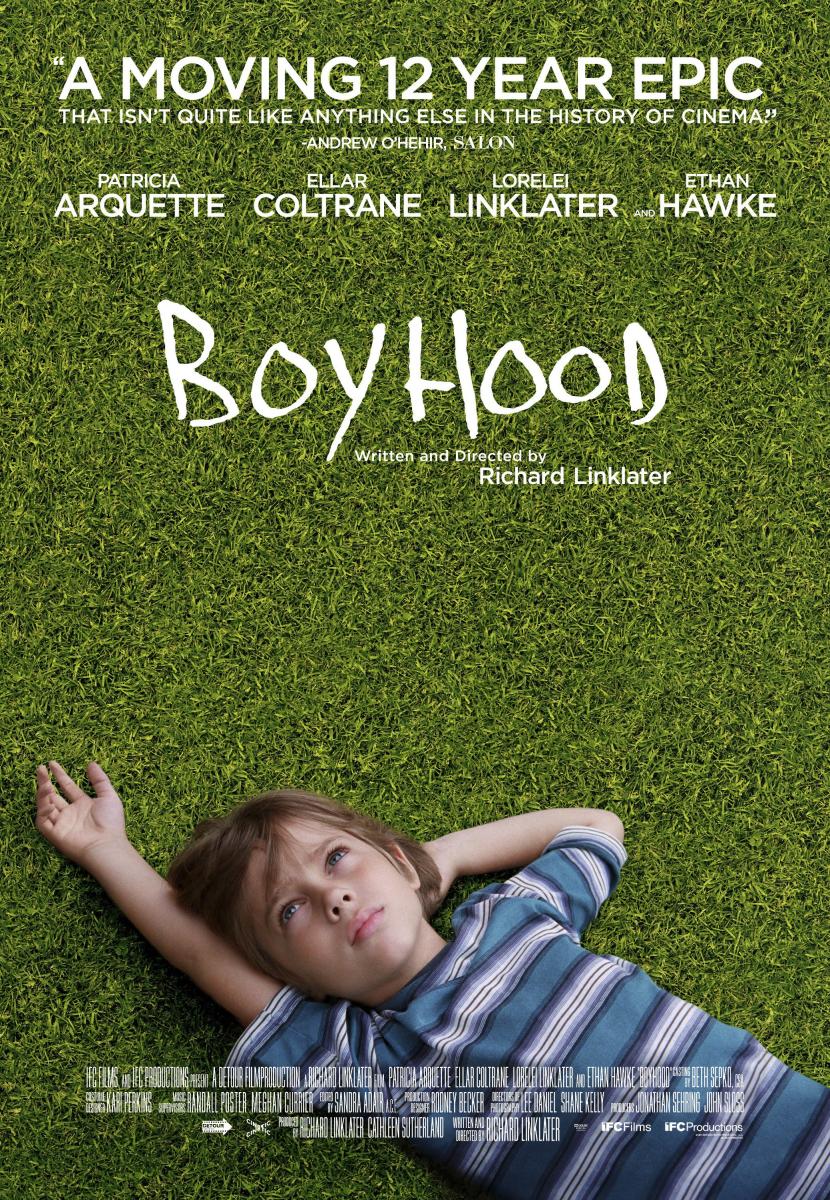 The special concept behind ‘Boyhood’ – “the unique selling proposition” in marketing terms – has been well-known by now: director Richard Linklater filmed a group of actors portraying a family over the course of twelve years. Whereas other coming-of-age films need at least three actors to convincingly sketch characters growing up, this highly original approach has resulted in one actor for each character. We see Ethan Hawke getting a little more grey each vignette, we witness Patricia Arquette’s hairdos going from nice to questionable to classy and, most important, we are there when Ellar Coltrane grows from ages six to eighteen.

Talking too much about the story would count as unforgivable spoiling, but rest assured: you’re not missing much without plot details. You can safely enter your local theater and let ‘Boyhood’ capture you and surprise you. Because the scenes all take place at different times in the boy’s life, the movie works as a snap shot, a high school yearbook filled with memories. And what a yearbook it is. Subtle, funny details work exceptionally well within the framework of the almost three-hour movie: when father and son go on a camping trip together, they start wondering if there will ever be another Star Wars movie. How prophetic of Linklater, with Episode VII slated for next year. Then there’s the obligatory talk about the use of condoms Ethan Hawke’s character feels he needs to have with his kids, and the ensuing embarrassment. Or the fact that Ellar Coltrane (in real life) picked up an interest in photography, which was subsequently worked into his fictional Mason Jr.

Richard Linklater has always balanced small projects with studio films. ‘Boyhood’ – with its micro budget – is a small project with the scope of a studio film. There’s a well-balanced soundtrack, amazing cinematography and terrific acting, and yet most scenes are intimate with no more than three or four actors in one confined setting.

‘Boyhood’ is not for everyone. More than two people (including the very bang-up fiancée of one of my best friends) got up and left the auditorium before the credits rolled, more than likely because they were fed up with Mason’s bleak outlook on life. He’s prone to mumbling, and sometimes his rants go a long way without being profound. In my experience, however, that’s exactly what growing up is like. Were our thoughts always as coherent when we were 14 or 15? And didn’t we like to wallow in our own crapulence*, complaining about how miserable we were because life wasn’t fair? In that regard, Linklater’s screenplay is amazing in its accurate portrayal of youngsters and their mindset.

If ‘Boyhood’ is playing in your area, do yourself a favor and check it out. You may laugh, or you may hurl, but this film will stay with you after the credits rolled. Yours truly liked it. Highly recommended.

(P.S. The R-rating is, once again, baffling. Aside from some curse words (which ‘The Goonies’ had too) and some light beers that are drunk, there’s nothing remotely offending. This movie can be seen by all.)