A somber, intelligent second round of dystopian Los Angeles goodness. Made for everyone that loves movies.

Rated R for violence, some sexuality, nudity and language. 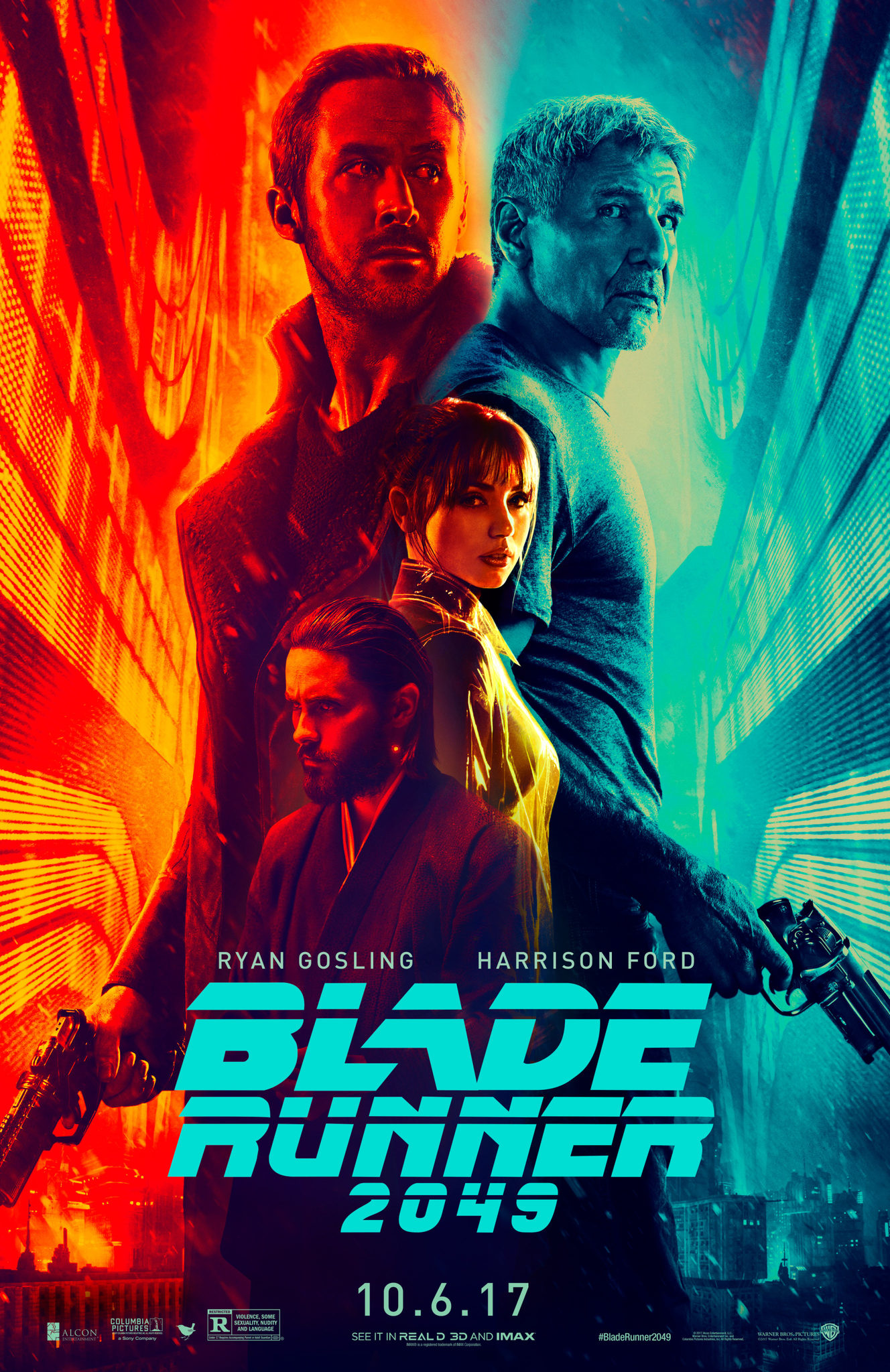 The original Blade Runner is my 20th favorite movie of all time. That may not sound like an achievement, but keep in mind the sheer amount of movies that are released every year. To even warrant a place in any top, rundown or chart is an accomplishment in itself. The 1982 Ridley Scott film expertly combined a bleak, dystopian vision of the (now very) near-future with gritty violence, hypnotizing Vangelis music, and terrific performances from cast and crew. A justified neo-classic that has been dissected, analyzed and studied in great detail by legions of dedicated fans.

When Blade Runner 2049 was announced in early 2015, I didn’t know what to expect. Sure, questions lingered after repeated viewings of Blade Runner, but what could a sequel possibly bring to the table that wouldn’t be anything but stale, overwrought and farfetched? Would Harrison Ford be willing to return, after reported on-set clashes with director Ridley Scott? Would an eventual continuation ruin the delicious ambiguity of the original? Be careful what you wish for. I also want The Goonies II, Hook II and Back to the Future IV, but those won’t necessarily be good things or ideas. Or movies.

The fortunes and prospects of Blade Runner 2049 began to take a turn for the better once Denis Villeneuve, Roger Deakins and Ryan Gosling came on board. Villeneuve is – together with Christopher Nolan – one of the most exciting directors working today. Both chaps essentially sign on for indie films with massive blockbuster budgets, without losing their soul or voice in the studio process. No mean feat, rest assured. Roger Deakins has the eye and the steady camera (pun intended) to create arresting, spellbinding and gorgeous images. Every shot of his demands to be framed for eternity. He’s a true successor to Michael Chapman, Conrad L. Hall and Douglas Slocombe, three master craftsmen that retired after long careers. And Ryan Gosling has been solidifying his rise to fame ever since his adult turn in Murder By Numbers, a by-the-numbers thriller that nevertheless remains supremely watchable thanks to Gosling. He has a knack for turning a mundane performance into an awesome one. Check Fracture for more proof on the latter.

Blade Runner 2049, then. It has finally arrived, after years of anticipation and held breath. And it’s good. It’s really good. It’s everything I wanted the movie to be, and then some. It expands on the classic’s ideas, deepens the mythology, opens up the world, raises new questions and doesn’t answer old ones – all this, without cannibalizing the original movie. Which is amazing in and of itself. So much could have gone wrong – and so many belated sequels have gone wrong – but Blade Runner 2049 does everything right. If there’s one gripe to be had, it’s a personal one. From Blade Runner, Rutger Hauer’s character Roy Batty remains my favorite flawed villain in the history of film, and I would have liked a shout-out to him, even if it was just a tiny or minor one. Ryan Gosling could have mentioned tears in rain, or he could have flown past the Tannhäuser Gate. He could even have watched some C-beams, or caught an attack ship on fire off the shoulder of Orion. But nope, no Roy Batty mentions anywhere in Blade Runner 2049.

Denis Villeneuve and his team deserve to be commended for their tremendous achievement. A true Blade Runner sequel, 35 years after the fact, and it doesn’t stink. Uncle Oscar better take notice come February.