Alice Through the Looking Glass

Not even the razzle dazzle is enough to keep you awake this time. Made for hardcore fans of Tim Burton's first film or anyone looking for pretty visuals.

Rated PG for fantasy action/peril and some language. 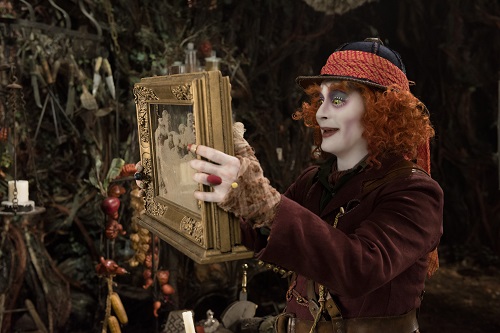 With the success of their Pirates of the Caribbean franchise waning after At World’s End, and audiences having no interest in their Haunted Mansion, it was only a matter of time before Disney started in on their cash cows. Now we’re stuck with all these live-action editions of their animated classics. While they can’t all be The Jungle Book, Cinderella wasn’t a disaster, but the less said about Maleficent the better.

Six years ago they brought in Tim Burton to bring us a live-action sequel to their 1951 animated feature. After Alice in Wonderland managed to rake in over $1 billion worldwide, a sequel was inevitable. However, after six years, and no Burton returning, we’re left with just another case of too little too late in the ever growing list of undeserving sequels with Alice Through the Looking Glass.

Since Alice (Mia Wasikowska) last fell down the rabbit hole, she’s been acting captain aboard her father’s ship, the Wonder. While in London, Hamish (Leo Bill) is still feeling scorned after Alice turned down his proposal and instantly turns the tables on her when she offers up her own. Turns out, Alice’s mother Helen (Lindsay Duncan) has sold Alice’s shares of the company, along with putting her house up for collateral, so Hamish demands Alice turn over the Wonder in exchange for Helen keeping her home.

Before you can say “muchness,” Alice is back in Wonderland, trying to find Time (Sacha Baron Cohen) so she can save the kingdom from Iracebeth (Helena Bonham Carter) once again, and save the Hatter’s (Johnny Depp) family from the Jabberwocky in a race against time and sibling rivalry between Iracebeth and Mirana (Anne Hathaway).

As long as that synopsis may be, that is a lot of paraphrasing. There is way too much going on in Linda Woolverton’s return to Lewis Carroll’s beloved curious Wonderland. Without the guidance of Burton at the helm, Depp has no one to rein him in. Throughout the entire film he speaks with some kind of new accent, or lisp, which is likely to drive most viewers mad themselves. Thankfully, Wasikowska and the supporting cast — particularly Cohen — manage to inject some fun to the shenanigans, as the film employs its time travel twist. The plot is a literal race against time, but runs at full throttle from the first frame creating exhaustion instead of exhilaration.

New director James Bobin (The Muppets/Most Wanted, Flight of the Conchords, and even Cohen’s own Da Ali G Show) does manage to create some fantastic visuals, unfortunately, you’re going to be too bored to care about anything going on by the time it’s over. If it took six years to come up with this, imagine what a third entry may be like if they waited another few years. We’ll have to see how audiences react I suppose. But if the kids who accompanied me are of any indication, it should please them well enough. It’s definitely the adults who might not like it as much.

While packed with some fantastic visuals, it’s all undercut with Depp’s most phoned-in performance yet, making barely any reason to return to Wonderland. If Disney can’t come up with anything better than this, it might as well be the last.