Where The Wild Things Are

– One and a half stars (out of four)
– Rated PG for mild thematic elements, some adventure action and brief language.
– Who’s going to like it: overly sensitive adults that are still attached to the book and fans of beautiful boring art 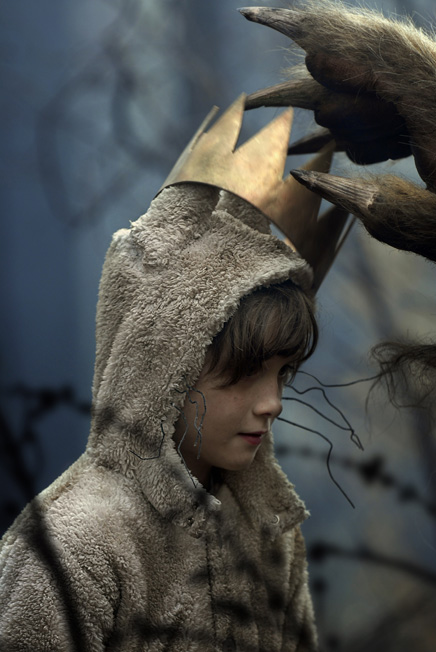 A conflicted great-looking less-than-entertaining movie about a kid, yet not made for kids

Ever since I saw the first trailer for Where The Wild Things Are, I’ve been excited to see it. I remember loving the children’s book when I was that age, so when I saw that it was brought to life in the exact same way I remember seeing it in my mind, it became one of the movies I anticipated the most this year. Imagine my disappointment upon seeing it dragged out and far less exciting than I remember it being.

First, let’s talk about the book. Ten sentences about an imaginative boy named Max who gets in trouble for messing with the family dog, runs away, ends up in the make-believe world where the Wild Things are, becomes their king, almost gets eaten by the Wild Things, so he goes home. The end. Simple story, right?

While the movie is simple too, it’s simply too long. Considering that there’s no plot to Where The Wild Things Are, crossing 100 minutes in length, it feels like an eternity. And even as simple as the story to the film appears on the surface, nothing is shown that doesn’t express some form of child psychology – mostly along the lines of loneliness and sadness, creating an unnecessary and not entertaining tone that exists throughout the whole movie.

Being based on a famous children’s book, you’d think that being PG-rated movie, it would be for kids too. But it’s not. It’s far from a kid’s movie. In the press screening I attended, the audience was filled with families with children of all

ages. From the amount of crying, rustling and parents taking kids out of the theater, I can tell you without a doubt that Where The Wild Things Are is not a movie for your kids. The fun moments are scarce, it’s not a movie you laugh through and it’s very frightening. Kids will go from being terrified to being bored out of their minds, over and over again. I’m not even a kid and I was bored out of mine! This film is made for adults who loved the book; adults who want to go back to where the Wild Things are; adults who can look past the awful pacing issues just to experience the nostalgic memories of childhood; adults who were once loner kids – the ones without friends that were left to their own imaginations. Other than those who admire it’s brilliant filmmaking, I can’t see anyone outside of those boundaries finding enjoyment in Where The Wild Things Are.

After the pacing and storytelling problems, my next big complaint lies in the characters. Other than Max

(12-year-old Max Records, The Brothers Bloom), there’s not a single other character you’ll care about. Not Max’s mom (Catherine Keener, Into The Wild) nor her boyfriend (Mark Ruffalo, Eternal Sunshine Of The Spotless Mind). Not his sister. Not any of the Wild Things – voiced by James Gandolfini (The Sopranos), Paul Dano (Little Miss Sunshine), Catherine O’Hara (Home Alone), Forest Whitaker (The Last King of Scotland), Chris Cooper (Breach), Lauren Ambrose (Six Feet Under) and Michael Berry Jr. (Mission: Impossible III). If you’re like me, you’ll actually dislike the Wild Things. Throughout the entire movie, all I could do was hope and wait for Max to go home so I wouldn’t have to see them on screen again. Max – Max Records – is the only actor that feels like he showed up to film a movie.

Am I glad I saw Where The Wild Things Are? Yes. It looks amazing. I’m astonished at the world that director Spike Jonze (Being John Malkovich, Adaptation) created with Jim Henson’s puppets, miniatures and very little special effects. It’s absolutely beautiful, exactly what I imagined as a child. Would I see it again? Maybe once more in my life simply to enjoy the way it looks. But my Blu-ray shelf is not a place where the Wild Things are going to be found.