Transformers: Revenge of the Fallen

The movie that sucks more than a gigantic vacuum-like Constructicon 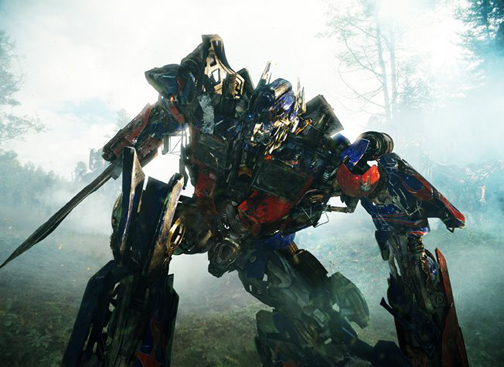 When Michael Bay’s live-action adaptation of Hasbro’s animated Transformers series hit the big screen in 2007, every now-grown-up person who ever played with the toys as a kid experienced a new visual aesthetic. What we saw in our mind’s eye as kids while playing with the toys is exactly what Bay put on the silver screen. It was amazing – and really fun! And it’s a shame that everything Bay got right in the first is completely absent in Transformers: Revenge of the Fallen (which we’ll call TF2).

TF2 picks up two years after the first movie. Sam (Shia LaBeouf) is headed off to an ivy league east coast college, turning his relationship with girlfriend Mikaela (Megan Fox) into a long-distance one. Also left behind in his father’s garage is bodyguard alien robot Bumblebee. Upon packing his belongings for the move, Sam finds a sliver to the first movie’s robot-life-creating “all spark” in the pocket of his thrashed lucky hoody. After touching the sliver, Sam’s brain is filled with Transformer knowledge and unknown symbols – all wanted by the Decepticons (the bad robots).

After the Decepticons steal a similar sliver to the all spark, they use it to resurrect their fallen leader’s robotic corpse (Megatron) from the ocean floor and hunt down Sam and extract the alien information from Sam’s brain – that information leading to the location of a doomsday hidden from the Decepticons in the prehistoric times.

Even though the plot description here sounds fairly simple, it takes nearly an hour and forty-five minutes just to get to that final point – making this two and a half hour flick feel like an eternity. I can only imagine how much longer it would feel if you saw it on IMAX (the cut of TF2 running on IMAX is an extended cut of the film). Amidst this simple-sounding plot is an unnecessary subplot involving a Decepticon leader (higher ranking than Megatron) previously unknown to us named The Fallen. This subplot is worthless. It does nothing to add to the already established story. If anything, it distracts from it. The plot and subplot to TF2 feels like it belongs in a rejected script for the first movie. Since both TF2 and this summer’s huge hit Star Trek were written by the same couple of writers, I’m putting my money on the idea that they wrote this script after writing Trek; it feels like they exhausted themselves with that proven blockbuster and entirely slept through this one. 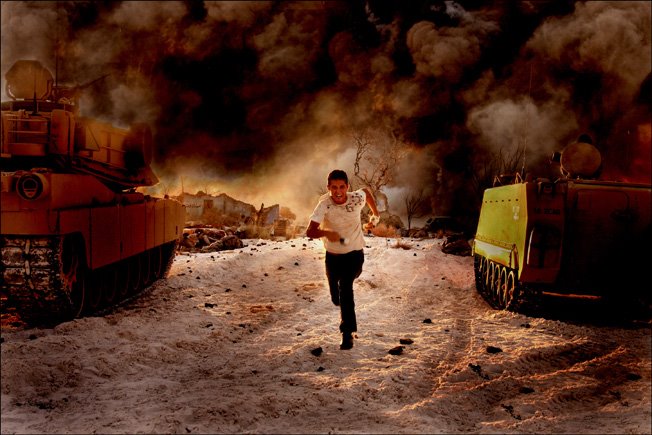 2007’s Transformers was mindless fun, which is completely missing here. The fun in the first movie was a result of good characters (mostly LaBeouf) in extreme situations with never-before-seen, memorable special effect laden action sequences. Those characters and moments are absent in TF2. If you have Shia LaBeouf – one of the most charismatic young actors – in your movie and he’s not charming, then there’s a huge problem with your movie. Unfortunately, there’s only one scene in TF2 where LaBeouf resembles the Sam we all love from the first movie. He’s no longer a bumbling fool with smart alec remarks. He’s this cocky kid with a chip on his shoulder – which not very much fun to watch.

Good humor was abundant in the first movie. The humor in TF2 is low-brow, lowest-common-denominator humor. Example one: when Sam finds the shard of the all spark, he drops it, causing the appliances in his house to come to life as evil little Decepticons. Many of them run around shooting up his home with their tiny crotch guns, letting off fiery bursts of flatulence. In the middle of this segment, it cuts 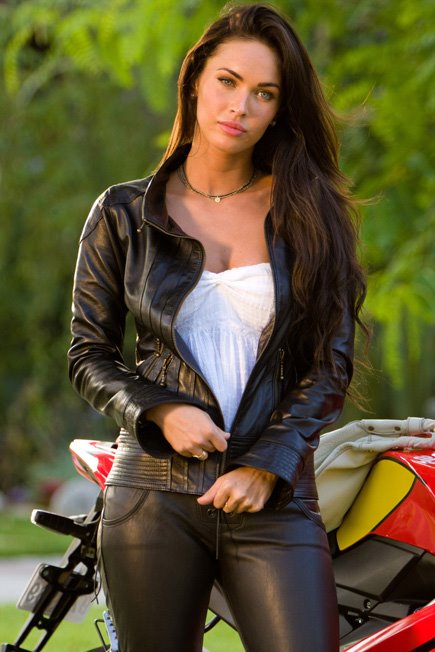 to a scene with Sam’s two dogs humping in a dog house – somethings that, believe it or not, we saw just minutes before – then cuts right back to the action. I ask myself, “Why?” Example two: later in the film, Mikaela captures, befriends and butters-up to a small Decepticon to get useful information out of it. For some reason, it takes to Mikaela and starts humping her leg. Honestly? A Transformer humps Megan Fox’s leg? You can’t make this stuff up. That’s something you add to your sequel to up the ante from the first? Example three: A Constructicon is built of several smaller Transformers, making it a ginormous force to be reckoned with. At the end of the movie, John Turturro tries to sabotage that massive machine. As he stands directly below it, the camera reveals two huge swinging wrecking balls dangling between it’s legs. Make your own conclusion. No explanation necessary.

That feeling you get watching those scenes is the overall feeling you have watching the entire movie. You keep asking yourself, “Did they really just do that?” Everything in it falls under that “lowest-common-denominator” description. 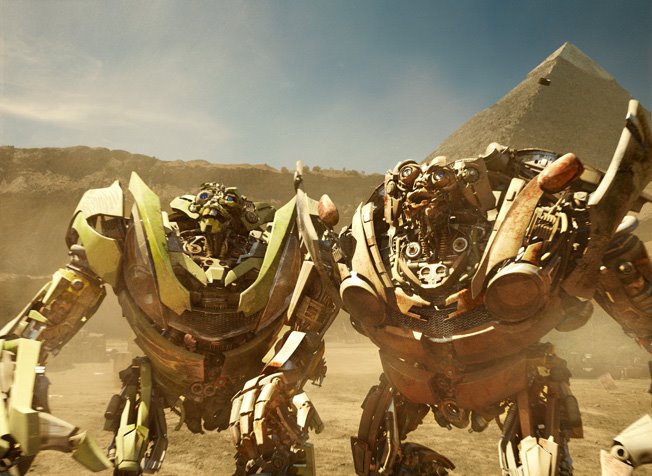 With an extremely large amount of Decepticons hunting Sam, Optimus Prime (the leader of the good robots) orders two new Autobots (the good robots) to join Bumblebee in protecting Sam and Mikaela. The two newbie Transformers are portrayed as “dumb black guys,” typecast with every offensive black stereotype known to man. They constantly fight and swear at one another. Their speech and vocabulary lack education. They are even illiterate. I can only assume that they were written to be funny, but nothing these offensive characters do is or can be considered humorous – that is, unless you’re a simpleton.

And that’s who’s going to repeat visit TF2, giving it a couple of great weeks for box office numbers. But mark my words, this movie will fail. I put it in the same vein as the Pirate of the Caribbean movies. Each Pirates movie became so wrapped up in it’s own uber-complicated story that it lost it’s fun as well as the intrest of many fans. That’s not to say those movies didn’t make tons of money, because they did. But I dare any single audience member that loved all three Pirates movies to explain the entire story to me.

And that’s the same problem that the Transformers franchise is facing. It’s become so overindulgently self-involved that it’s completely incoherent and almost 100% unwatchable. Next year, Michael Bay, cast and crew are supposed to begin production on a third Transformers movie, which isn’t unexpected. TF2 doesn’t quite end with a cliffhanger, but they just all quit in the middle of the action. Just when they have the opportunity to destroy the entire Decepticon force and give a little closure to TF2’s story, the Autobots and U.S. military simply and unexplainably stop fighting. Both groups simply stop. There is no ending, no closure whatsoever.

After seeing the drastic contrast between Transformers and Revenge of the Fallen, I can honestly say I do not look forward to a third installment. Michael Bay is a hack director. It get the impression he cares more about his ego than the Transformer franchise – putting 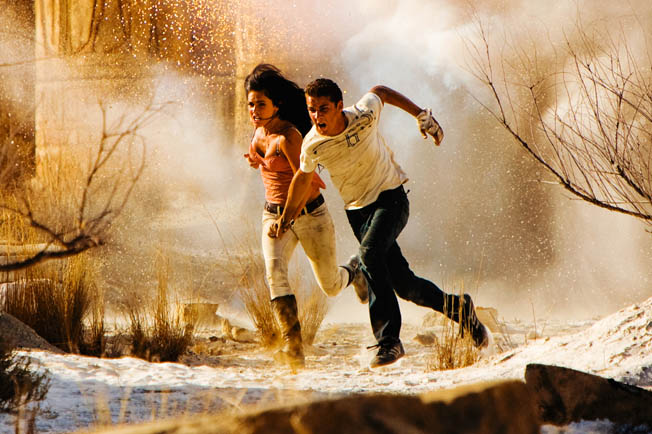 posters of his old movies in Sam’s college dorm. Even though, we all think Megan Fox is stunning, does he really need to show more shots of her running in an extremely low-cut shirt in super slow motion than he does of Transformer action? It’s a perverts dream. I’m hoping they’ll can Bay and bring in Christopher Nolan (Batman Begins, The Dark Knight) to reboot this franchise, helping it meet its full potential. But that’ll never happen. All Hollywood cares about is profit. And Bay is a sure shot of bringing it in. TF2 is much like last Fall’s Twilight – it’s critic proof. No matter what I, or any other critic says, people will go out like drones to see it. Good luck to all of you who fall into this category. You’re about to watch two and half hours of simply mediocrity and repetition. You’re intelligence is about to be insulted. You’re not 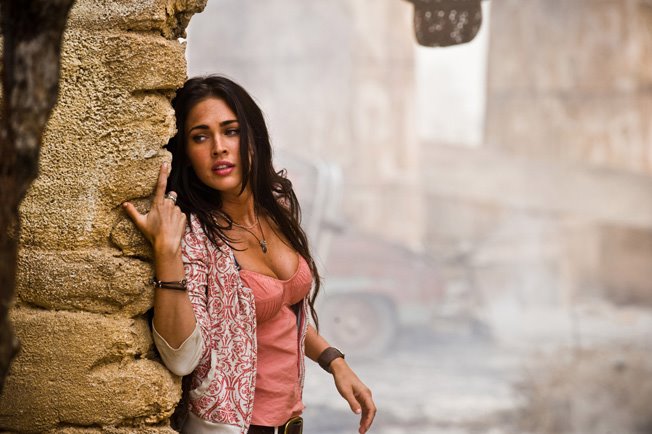 going to get what you want. You want a movie like the first. You want iconic scenes like the first one had – something along the lines of the memorable city street ending battle, the awesome first big fight where Sam witnesses Bumblebee’s capabilities, and the unforgettable freeway chase scene. Well, you’re not going to get it. You’re getting spoon-fed Michael Bay’s worst movie to date. You’re getting choppy action scenes so close-up that you can’t tell who’s fighting who or who’s winning. You’re getting nearly 50 Transformers all fighting one other at the same time. You wont be able to tell which are the Decepticons, which are the Autobots. You’re not going to be able to decipher which Decepticon is which – especially Megatron from Star Scream (the both fly and look and sound identical). And most of all, you’re not going to care. You’re going to be bored. You’re going to look at your watch halfway through and regret not listening to me. 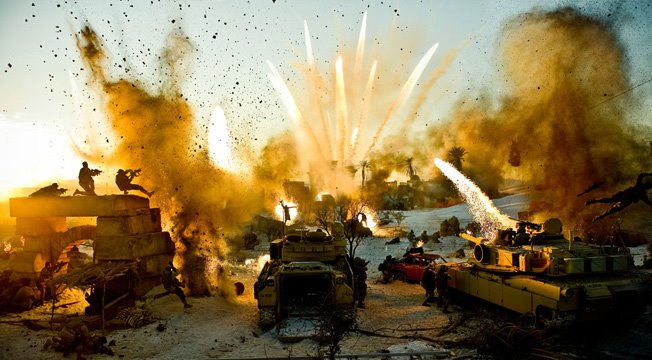