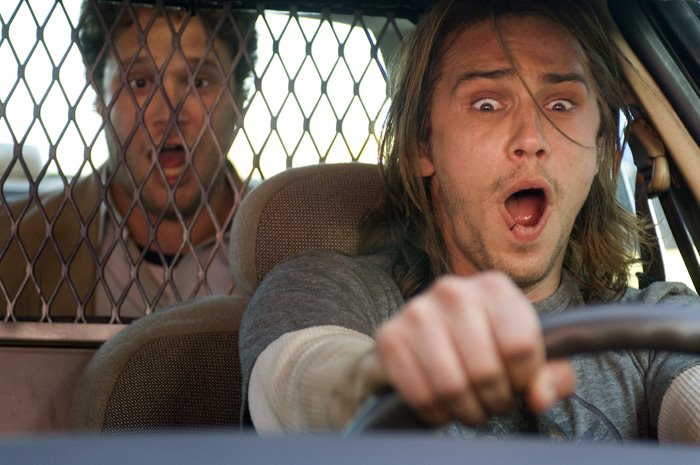 Actor/writer Seth Rogen must be on cloud nine right now. After starring in such hits as The 40-Year-Old Virgin and Knocked Up and writing the uber-successful super naughty comedy Superbad, it’s going to be hard to keep his momentum moving forward.

If you’re thinking Rogen’s latest flick, Pineapple Express, is going to be another Superbad type of movie, think again. Rogen keeps his writing style fresh and quite unlike anything you’ve ever seen before.

In Pineapple Express, Rogen plays Dale, a twenty-something civil servant (he hand delivers court-ordered subpoenas) who loves nothing more than smoking pot — not even his current high school senior girlfriend. In order to make it through a dinner with her parents, Dale decides to make a visit to his local drug dealer Saul (Spider-man costar James Franco) to load up a stash of limited, never-before-smoked weed called Pineapple Express.

While getting high outside the house where he is to serve papers, Dale witnesses a murder, drops his exclusive pot and no-so-quietly leaves the scene, catching the attention of the murderer by hitting a few parked cars on the way out. Little does Dale know that the murderer is the drug lord who sold the stash to Saul, so when the half-smoked joint is found in the street, henchmen are sent to Saul’s for cleanup. Only by putting their two fried brains together will Dale and Saul make it out of their shenanigans on top. 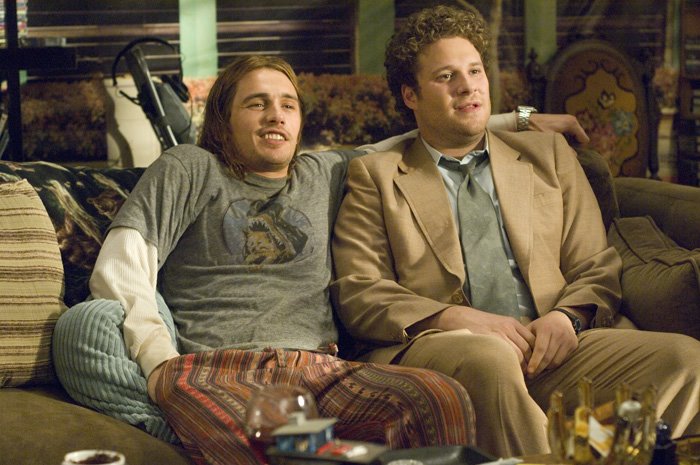 Pineapple Express isn’t just another Half Baked or Dazed and Confused. What sets it apart from every other stoner comedy is the way that it mixes genres to form a uniquely blended movie. It ends up feeling like a stoner comedy meets a spoof of lame ‘80s action flicks — like Death Wish — and bad ‘80s buddy movies — like Three Fugitives (Haven’t seen it? Don’t).

The really surprising thing about Pineapple Express is James Franco’s performance. Through every movie he has been in to date, he has yet to play a character. He always plays the same whiny pretty boy who unreasonably becomes tough and victorious. In Pineapple Express, he plays the filthiest and funniest drug dealer you’ll ever see on the big screen.

If you don’t mind constant pot smoking, the corny nature of ‘80s buddy flicks and the cheesy unrealistic violence of action movies, then you’ll definitely want to take a hit of Pineapple Express — if not two or three. 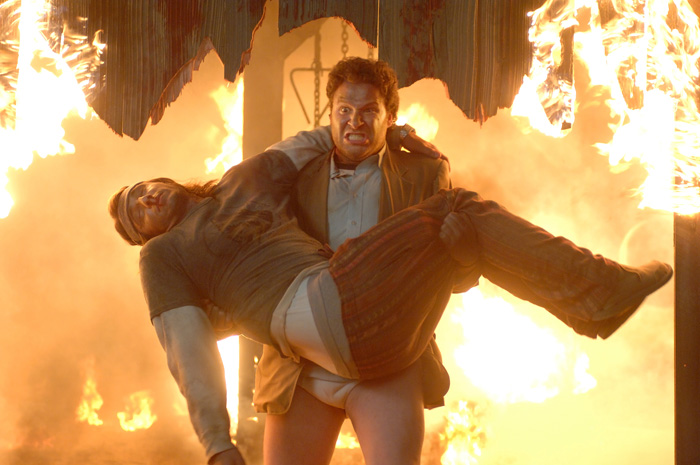