I know what you are thinking: Luke, why are you posting Twilight photos? You don’t even LIKE Twilight!

Well, let’s be honest. Even though I may not like Twilight, there are a hell of a lot of people out there who do – so this is for them. Let’s get them visiting The Reel Place.

Being based on a book series written by a Mormon and made for tweeny little girls, I am very surprised at the heightened amount of sexuality this photo emits. I mean, this is some pretty steamy stuff. Being a parent of two tiny girls, I don’t know if I want them seeing this kind of sensuality when in their young teenage years. Perhaps these fourth and fifth films are made more the “twi-hard” moms than their little girls. Who knows.

The first installment of Twilight: Breaking Dawn is slated to open in November 2011. Click on the photo to see it big. 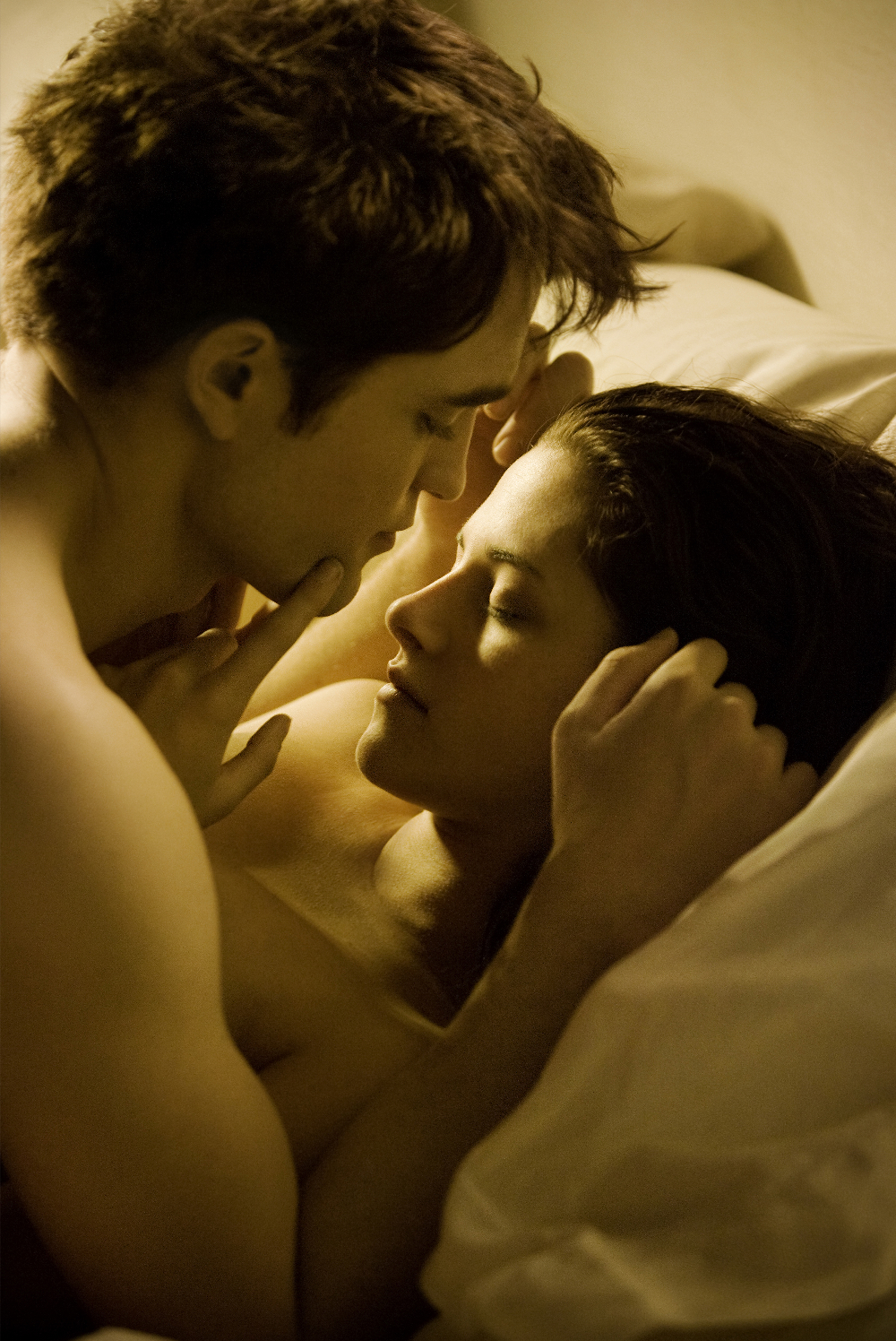