They Shall Not Grow Old

The review I completely forgot, about the best doc you probably didn't see! Made for history buffs and film techies alike. 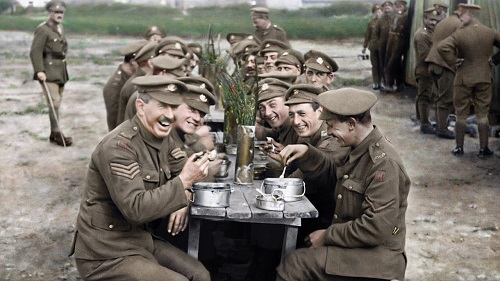 Typical documentaries have a tendency to come with their own agendas. In the case of Peter Jackson’s They Shall Not Grow Old, Jackson has set out to show us World War I as never before: in remastered, colorized, 3D. Never one to shy away from technical accomplishments, it’s an incredible sight to see. Adding in sound effects and enhancing the overlying interviews, Jackson skips the usual filmmaking narrative for an immersive experience about a war that still seems to have an air of mystery surrounding it.

Cutting down 100 hours of footage and 600 hours of interviews with 200 WWI vets — of which 120 made the cut — They Shall Not Grow Old feels like a behind-the-scenes exposé. Some of the footage looks so good you’d swear it was happening now. There are no dates, names, or locations throughout the entire film adding authenticity and anonymity. There’s also some surprising aspects when you hear how many lied about their age, at least one as young as 15.

They Shall Not Grow Old is a marvel of a technical achievement — Jackson didn’t even receive any payment for making the film. And it shows he put his heart and soul into shining a long overdue spotlight on the men of WWI and works as a loving tribute to his grandfather, Sgt. William Jackson, to whom the film is dedicated.