The Craig-era Bond films continue to show that they're the best of the series yet. Made for Bond fans and anyone looking for some action!

Rated PG-13 for intense sequences of action and violence, some disturbing images, sensuality and language. 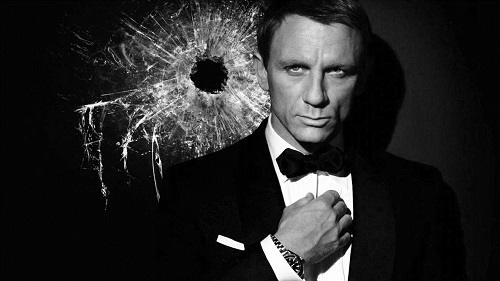 If there’s one thing James Bond fans have been waiting for since Daniel Craig finally nailed the original Ian Fleming description, it’s the inclusion of “Spectre.” The dastardly crime syndicate was very briefly hinted at in Quantum of Solace, so it should come as no surprise that there are more than a few familiar faces featured in Spectre — Bond’s 24th adventure. Sam Mendes is back in the director’s chair, helping create the necessary tone he helped deliver in Skyfall — still the best Bond film ever. Does Spectre fall victim to the Quantum syndrome? Fans did not love that entry after being treated to the stupendous reboot of Casino Royale. This one falls right in line with Skyfall and Casino, keeping fans, new and old, extremely happy.

Picking up right after the end of Skyfall, Bond is on a mission in Mexico City to take out Marco Sciarra (Alessandro Cremona), leaving behind a clue: a ring with an octopus on it. Back in London, M (Ralph Fiennes) is infuriated with Bond’s reckless behavior and Moneypenny (Naomie Harris) clues Bond in that he may have finally gone one step too far. The MI6 is about to be disbanded and the cocky C (Andrew Scott) is threatening to pull the plug on the 007 project for being outdated. But Bond is just getting started. After meeting — and of course, bedding — Sciarra’s widow Lucia (Monica Bellucci), he’s lead to Mr. White (Jesper Christensen) who is dying at a remote cabin in the woods and enlists Bond to help keep his daughter, Madeleine Swann (Léa Seydoux) from the evil clutches of the head of Spectre, Oberhauser (Christoph Waltz). Now, Bond and Swann are on the lam, trying to stay one step ahead of Oberhauser’s right hand man — the Jaws-like superkiller Hinx (Dave Bautista) — and exposing Oberhauser’s real interests.

There may sound like a lot of plot in Spectre — and its 148 minute runtime certainly may appear bloated — but this is one of the least convoluted Bond films ever made. While some of the twists offered up in John Logan, Neal Purvis, Robert Wade, and Jez Butterworth’s screenplay may be more transparent than they’d like, there’s no denying it’s damn fun. Craig continues to deliver one of the best Bond performances — no offense to Sean Connery’s iconic portrayal — and Mendes keeps the tension mounting with some of the most spectacular action scenes of the year. Let alone that even when characters are sitting around talking, you’re still fully invested.

The supporting cast are all finally given far more to do as well. Fiennes gets to continually have his feathers ruffled by Bond’s brazen misadventures, and even Q (Ben Whishaw) gets to partake in an action scene or two. Field work is definitely not something the character has joined in on and it’s hilarious watching book smart try to keep up with street smart in the line of duty. Featuring a never ending globetrotting adventure, we’re taken from one enthralling locale to another: from Mexico City to London to Rome and finally Austria. Mendes and crew also make sure to tick off the prerequisite Bond moments to make sure fans get to have their cake and eat it too. But the real star of the last two Bond outings is Mendes for knowing how to shoot and edit an action scene so we always know what’s going on — cheers to that!

Audiences are in for another treat with Spectre. While it may not be the best Bond ever made, but the film is never short on delirious action scenes and enough character intrigue to keep a few of you guessing right up to the very end. It also manages to pull off quite the feat of feeling somewhat of a swan song for Craig’s Bond, while simultaneously setting up pieces for further adventures, a major achievement for any action film. Spectre keeps the series moving in a continuing trend of greatness, and I can’t wait to see where we go from here.